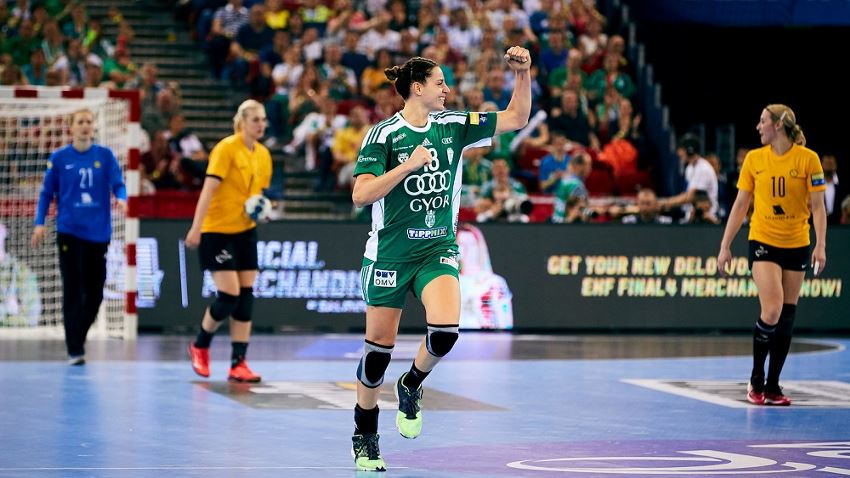 They have just lifted a European Cup trophy with their respective clubs. Now they can add an individual award, too.

Györ left back Eduarda Amorim and Kiel goalkeeper Niklas Landin have been awarded the EHF Player of the Month titles by the panel of EHF correspondents throughout Europe.

Amorim was a key player for the Hungarian champions when they won their third straight Women’s EHF Champions League title at the DELO WOMEN’S EHF FINAL4 in Budapest.

And Landin was the backbone of Kiel when the hosts of the AKQUINET EHF Cup Finals lived up to their billing as the tournament favourites to win the Men’s EHF Cup 2018/19.

Amorim: “This was definitely worth it”

For the fifth time in the last seven years, Györi Audi ETO KC have been the best team in Europe, clinching the Women’s EHF Champions League trophy after a dominating display.

There are many top players in Györ’s star-studded line-up, but few do the job better than Eduarda Amorim. A dual threat on both defence and attack, the Brazilian stalwart missed some time this season due to injuries, but came back better, more focused and prepared for everything at the DELO WOMEN’S EHF FINAL4 in Budapest.

Amorim scored four times in Györ’s semi-final win against Vipers Kristiansand but was instrumental for the Hungarian side trophy quest when she netted seven times against Rostov-Don in the 25:24 victory in the big final.

Amorim was also named EHF Player of the Month in May last year after playing a crucial role in her team’s title triumph in Budapest.

“Every year we have a new motivation. We had a great team this season, I felt great in the group, because we trusted each other and we grew stronger together,” said the 32-year-old left back, who has been donning the Györ shirt since 2009.

“It has not been an easy season, the injuries made me think about quitting for the first time, but I fought back and this was definitely worth it,” she added. 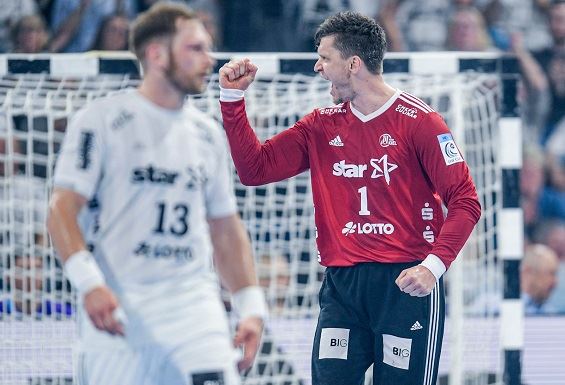 Landin: "Fair to say my season has been absolutely OK so far"

Less than a week after winning the AKQUINET EHF Cup Finals with THW Kiel and being awarded best goalkeeper of the competition, there is more glory for Niklas Landin.

“This award obviously makes me very happy,” the 30-year-old Danish international says about becoming the EHF Player of the Month in May. “It was not something I was expecting, but it certainly makes me happy each time there are people who recognise what I am doing.”

Landin has become the first male player not competing in the VELUX EHF Champions League to get the award this season.

“Of course, it pleases me even more to have won the award without playing in the Champions League,” he says. “This shows that people have also noticed what we have been doing in the EHF Cup.”

For Landin, 2019 could hardly have been more successful. In January he won gold at the World Championship on home ground with the Danish national team. In April he won the German cup with Kiel. And in May he lifted the EHF Cup with the German club.

“I think it is fair to say that my season has been absolutely OK so far, even if we do not win the German championship,” he says.

Kiel only have an outside chance to overtake SG Flensburg-Handewitt at the top of the Bundesliga table.

“It is always a disappointment to us in Kiel if we do not win the championship,” Landin says. “If we do not succeed, I will simply congratulate my Danish national teammates from Flensburg when we meet in the national team training camp ahead of the last EHF EURO 2020 Qualifiers.” 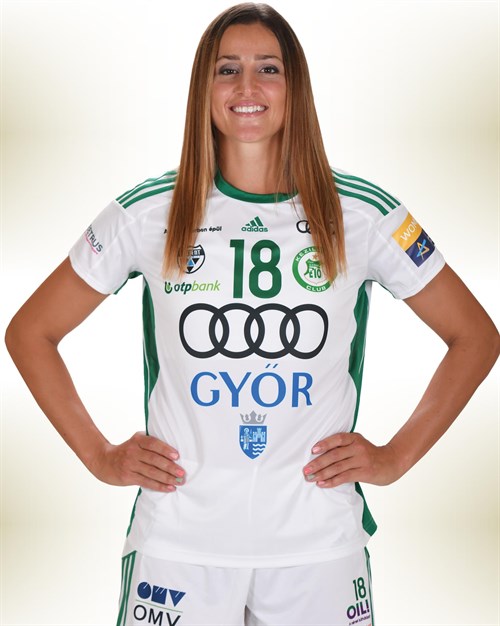