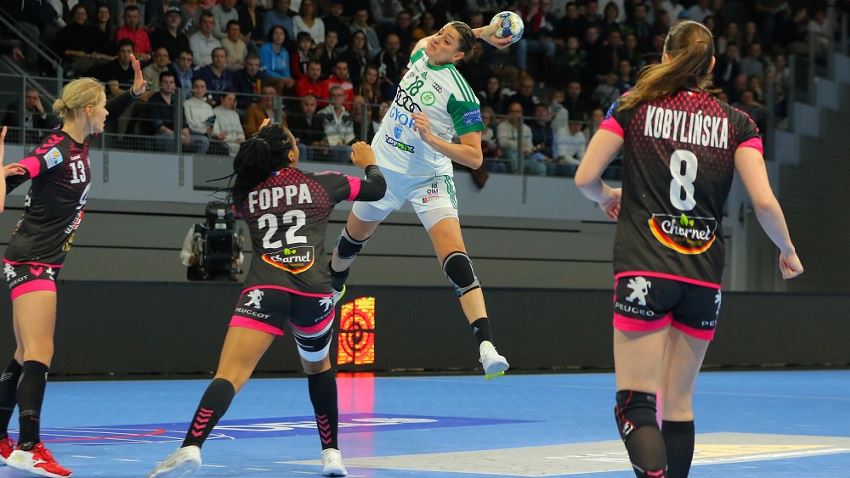 Four takeaways from round 4

Round 4 of the DELO WOMEN’S EHF Champions League main round brought a few answers, but also raised a slew of questions, which will be answered in the next two weeks.

We saw the number of unbeaten teams this season reduced to just one, after Györ recorded a superb 29:28 win against Brest.

Elsewhere, Esbjerg emerged as a dark horse and Rostov-Don underperformed once again.

What will it take for Györ to lose their first game after more than two years? It looks like the title holders constantly find ways to win games, regardless of who the opponent is. This time, Györ silenced the second-best attack in the competition, Brest, in the last 12 minutes of the game between the two sides, as the French team scored only twice in that timespan. It leaves Györ as the only unbeaten team this season.

They also have the best attack in the competition, 327 goals, for an average of 32.7 goals scored per game, and the second-best defence in terms of the number of goals conceded, 246, only eight more than CSM Bucuresti.

Right now, the Hungarian powerhouse, who won five of the last seven trophies, are on a record 35-game unbeaten run, dating from January 2018. They have 32 wins and three draws in this streak, as they already hold the record for the number of wins in the DELO WOMEN’S EHF Champions League – 153 – 14 more than second-placed Buducnost.

However, Györ have a 73.5 per cent winning efficiency in the European top competition, only bettered by Vardar, 74.3 per cent, yet the Macedonian side have 130 games less played.

Are Esbjerg the real deal?

For the first time in their history, Team Esbjerg earned a quarter-final berth following their seventh win in 10 games. The Danish side look like a serious dark horse for making their first trip to the DELO WOMEN’S EHF FINAL 4 in Budapest in May, if they are able to keep the same rhythm.

Both of their losses came in the group phase, while Esbjerg are riding a six-game unbeaten streak and could even challenge for the first place in the group. They are tied with Metz and will host their French rivals in Denmark in the last round.

The recipe for success looks simple: a strong back line where Dutch left back Estavana Polman, Norwegian left back Kristine Breistøl and Austrian playmaker Sonya Frey excel, as the three players combined for 156 goals from the 300 scored by the Danish side in this season, but there is also a team spirit that helps Esbjerg overcome any opponent.

The Danish side, who lost the Women’s EHF Cup final against Siófok last season, are in for their best-ever season, as they are also leading the Danish domestic league after 21 rounds.

Everything to play for in Group I

After Esbjerg’s win against Kristiansand, the battle for the first four places in Group I looks done and dusted. The Norwegian side is already four points behind CSM Bucuresti in fourth and Rostov-Don in third, and need a miracle if they are to proceed to the next phase.

Yet the battle is still on and the last two rounds look more decisive than ever. Metz and Esbjerg top the table with 11 points, but Rostov-Don and CSM Bucuresti are only two points behind and anything can happen. Rostov look to have the most accessible schedule, with games against Vipers and FTC, while CSM travel to Metz and host Vipers in the last round.

Metz are now leaders, but they host CSM and travel to Esbjerg in the last two rounds, as the group winners are set to play against SCM Ramnicu Valcea in the quarter-finals, while the second place look likely for a tough double-header against Buducnost.

Will Rostov improve this season?

The Russian powerhouse had an organic growth over the past two seasons, reaching the DELO WOMEN’S EHF FINAL 4 for the first time in 2018 was a plus, but finishing fourth was a disappointment. One year later, Rostov snatched coach Ambros Martin from Györ, but failed in the final to the Hungarian powerhouse, 25:24.

The aim was to strengthen the team for this season, yet Rostov look to be lagging behind. As right back Anna Vyakhireva is having an on-and-off season, filled with nagging injuries, the Russian side lost three times and drew once in their first 10 games.

This week, Rostov managed to stay afloat for only the first half against Metz in the Match of the Week, with the first place up for grabs. However, the Russian side collapsed entirely both in attack and in defence in the second part, as Metz ran away with a crucial win, 29:24.

Rostov had a meagre 52 per cent attacking efficiency in the game, as Vyakhireva had only three goals from 12 shots. The Russian side looks like they need to get up fast if they are to replicate their last season’s antics, and they need better games from their stars.

Sunday marked a national holiday in Russia and Rostov-Don duly acted on their social media account, as Anna Sen wore a camouflaged shirt and balloons to deliver good wishes for their followers.

After extending her contract with CSM for the next two seasons, Cristina Neagu received the ‘Key of the City’ and was congratulated in a special ceremony organised for her. Neagu led CSM with eight goals in their win against FTC-Rail Cargo Hungaria on Friday, 27:24.

Best quote of the week

“The most important is that we are in the quarter-final of the Champions League for the first time. I am very proud of it, on behalf of the team and the city of Esbjerg.”

It was not all bright and shining what Team Esbjerg showed against Vipers Kristiansand, especially in the first half, but the Danish side came away with a win in the end, which secured them their first ever quarter-final appearance while they are also in the race for top spot in the group. No wonder that coach Jesper Jensen is proud. 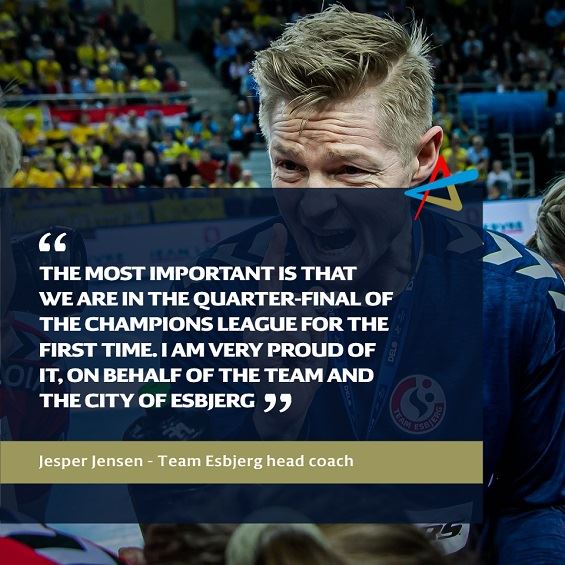