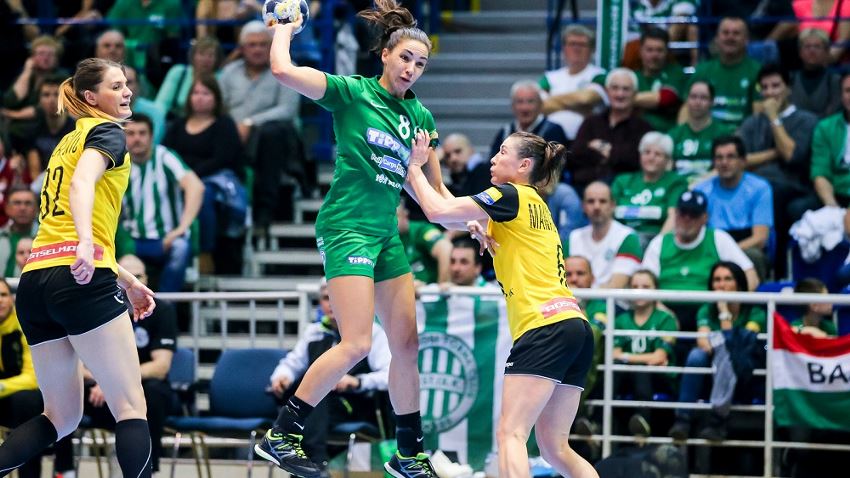 Szucsánszki: “The time has come to beat CSM”

After more than a year, Zita Szucsánszki returns for FTC-Rail Cargo Hungaria to the DELO WOMEN’S EHF Champions League this weekend.

And what a game for a comeback: FTC are hosting CSM Bucuresti in the Match of the Week, which will be streamed live on ehfTV.com on Saturday at 16:00 CET.

Szucsánszki, who is married to FTC head coach Gabor Elek, gave birth to son Levente in June, and made her first minutes in the domestic league again in late December.

Szucsánszki, a three-time player of the year in Hungary, is finding her way back to the top after her maternity leave. The break also helped her to heal a serious shoulder injury, which she has been suffering from since April 2017.

The 33-year-old left back has been playing for FTC since 2005, and scored 530 goals in various European Cup competitions since.

Her return is also good news for the Hungarian national team, which will host one of the Olympic qualification tournaments in April. Playing in Györ, the opponents will be Russia, Serbia and China.

ehfCL.com: How was it to return to the court?

Zita Szucsánszki: It was hard, very hard in the beginning. I was so excited, even in training. It was funky to grab the ball and run again. I started to go the gym earlier but it is totally different to play with my teammates. It is still strange to be on the court.

ehfCL.com: What was the biggest challenge in your return?

Zita Szucsánszki: To lose weight. I just experienced how hard it is as well as to build up myself spiritually to be ready for the new challenges. I needed to gather some self-confidence as my body was not ready and this made the whole process longer and tougher. Luckily, our squad and staff are great and they helped a lot.

ehfCL.com: How do you coordinate both your maternal duties and your handball career?

Zita Szucsánszki: It is difficult but my teammates told me that, as the baby grows, it will be easier. I also get plenty of help from home. Thankfully, he got used to the gym’s atmosphere very quickly and was calm during my preparation. (laughing:) I wanted to him to be ready for the best fans in the world, the Fradi supporters.

ehfCL.com: How does the time-off mean to your career?

Zita Szucsánszki: I did not play for such a long time. In this term my shoulder healed although it is still not 100 percent. But there is no more inflammation. I could recharge totally and it helped a lot as I wanted to rest since ages. During this period, I was with the team as much as I could but it is hard. Someone is always smarter off the court, however it is completely different when you actually play. I have always stayed in touch with my teammates and I was sometimes more passionate and nervous than them. This special connection between us helped me a lot when I returned. 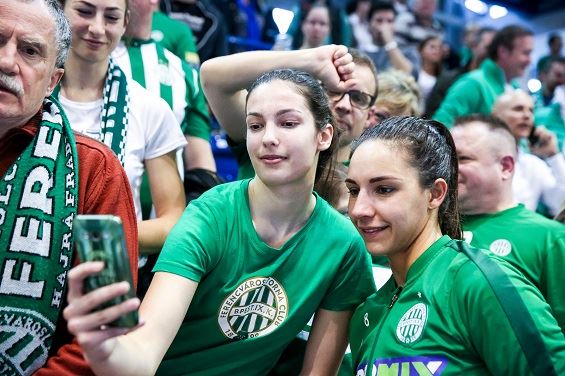 ehfCL.com: FTC have three players who gave birth in the past two years. Do you help each other outside of the court as well?

Zita Szucsánszki: We can always rely on each other. That means a lot to me because I ask them mostly as the youngest mother. They have more experience being a parent. Although we can see in the dressing room who had a tough night, how the baby slept.

ehfCL.com: FTC were in the quarter-final the past four seasons but failed to make it to the DELO WOMEN’S FINAL4 each time. What can the team achieve this season?

Zita Szucsánszki: It is our main goal to secure the second spot in the domestic league. This is the priority. In the Champions League we would like to win every home game and gather more and more points. It is always tough against CSM but we would like to keep the two points at home. The time has come to beat them. However, their back Cristina Neagu recovered from a long injury and with their great line players, such as Dragan Cvijic and Crina Pintea, they are ready.

ehfCL.com: What is FTC’s biggest advantage?

Zita Szucsánszki: Besides having the eighth player in every home game, as our supporters are the best, I think there are plenty of us who can play in different positions. This gives us countless possibilities in attack, which makes our opponents’ job harder. Also, as most of us play together in the Hungarian national team, the chemistry is really good. It is like we read each other’s mind.

ehfCL.com: Do you feel ready to compete among the best players again?

Zita Szucsánszki: If the coach sends me in, I will try to do my best. I will need more time to be back on the road again, although I think it is normal. I will try to help the team and I hope that I can give more to achieve next season’s goal, to finally play in the EHF FINAL4. 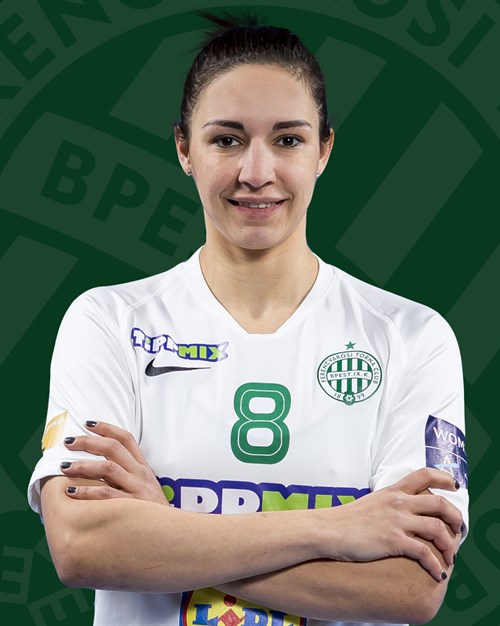