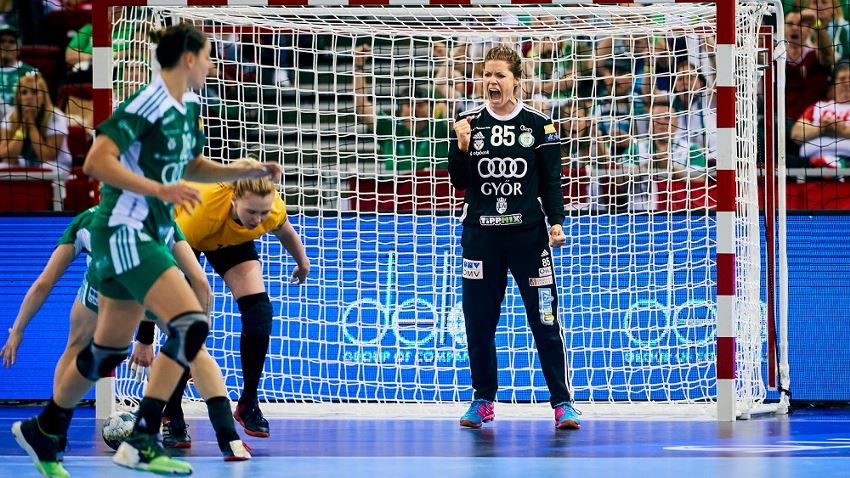 Grimsbø: “My mind was only set on the ball”

“The unbelievable feeling when I realised we had won was simply unforgettable.”

Kari Aalvik Grimsbø recalls the last seconds of the Champions League final last season, when Györi Audi ETO KC took the title for the third year in succession, defeating Rostov-Don 25:24 in the final match at the DELO WOMEN’S FINAL4 in Budapest.

With five minutes left, the margin was still four (25:21), but Rostov fought their way back and reduced the difference to just one goal at 25:24.

In the last seconds, Rostov set up Lois Abbingh for the last attempt of the match the Dutch left back was denied by Grimsbø.

"I will never forget that unbelievable feeling"

“I do not remember much from the shot or from my save,” Grimsbø says. “I was very much in the moment itself, and I think my mind was only set on the ball.”

“What I do remember, however, and will never forget, was that unbelievable feeling, when I finally realised that we had won the title,” says the 35-year-old Norwegian international, who has fond memories from the final in the Papp László Budapest Sportarena.

“I remember a great handball atmosphere, a lot of enthusiastic fans and a tough and close match,” she says.

This weekend fans can relive the thrills of the DELO WOMEN'S EHF FINAL4 2019 as all matches are streamed on the EHF Champions League Facebook page and the ehfTV YouTube channel.

Grimsbø, an experienced shot stopper, joined Györ midway through the 2014/15 season from Danish side Team Esbjerg.

“It has been a handball adventure for me, and I am extremely grateful for all the good things I have experienced here.”

"I have never been afraid of working hard"

Grimsbø only recently returned to the courts after an extended injury lay-off.

“It takes time to get back into the rhythm after such a long break. However, I have never been afraid of working hard and setting new goals for myself, and that has brought me through,” the goalkeeper says.

With the DELO WOMEN’S EHF Champions League currently on hold because of the COVID-19 pandemic, Grimsbø is spending time with her family in Norway.

“I am trying to get the best out of the situation, and I am training the ways I can, at home and outdoor,” she says.

In the meantime Grimsbø has become one of the ambassadors of the EHF 'Respect Your Talent' initiative, and she took part in the two-day event in Vienna last December, where 29 young players selected during W17 and W19 EHF EUROs and Championships over the summer were given guidance on a range of topics from five experts.

Györ obviously started the 2019/20 season as one of the main title favourites once again.

“We are a strong team with many good qualities and great players, so everything is possible," Grimsbø says. “It is my experience, however, that small margins decide who win or lose in these big competitions.”

Grimsbø’s contract with the Hungarian champions expires at the end of the season. With her career future unknown at the moment, the goalkeeper hopes to help Györ to a fourth straight title win.

“I am not sure exactly what my future looks like after this season,” Grimsbø says. “But either way I have had five great years with Györ to look back on.” 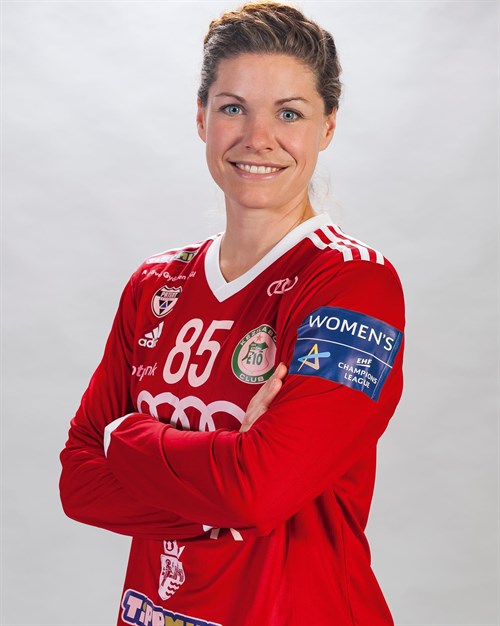