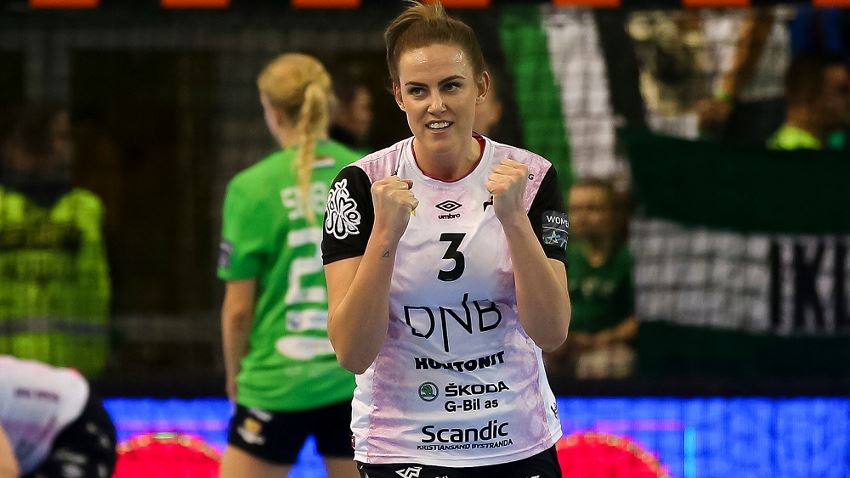 FTC-Rail Cargo Hungaria only led for the first few minutes against Vipers, as the Norwegian side rode monster games from back Emilie Hegh Arntzen and line player Heidi Løke to earn the second win of the season, 34:29.

The Norwegian champions will start the next phase of the competition with five points, while FTC are currently at zero, but still with a game in hand against leaders Metz.

While Vipers would have earned a main round berth with a win, FTC needed the win to start the next phase of the competition with as many points as possible.

Therefore, the start of the game was of the utmost importance and FTC took it upon themselves to impose the rhythm, yet a 3:0 run spurred by experienced line player Heidi Løke saw Vipers take a 6:4 lead after nine minutes.

The Hungarian side took an early time-out, but it did not help weather the storm. As the misses piled up for FTC, Vipers were unstoppable in attack from all positions, with their 83 per cent shot efficiency helping open a 11:7 lead.

Two consecutive goals from Heidi Løke to throw off the second half saw Vipers consolidate their lead, 21:15, as the line player combined with Arntzen for 18 goals between them.

The misses piled up for FTC, with the Hungarian side failing to find ways to score, despite creating open shots, with their shot efficiency lingering around 50 per cent.

The gap soared to eight goals, 26:18, with the guests cruising to their second win of the season, 34:29, as FTC never had the chance to cut the gap.

With their second win of the season, Vipers earned the main round berth and will start the main round phase with five points, while FTC are also through, but their maximum threshold will be the points they are to get after facing Metz next week.

Vipers coach Ole Gustav Gjekstad obviously was "happy because we get into the main round with this win. We played a very good game against a very good team, but tonight we managed to play better."

His FTC counterpart, Gabor Elek, was quick to take the positives, despite the defeat.

"I am disappointed because we had really bad periods during the game but the girls did not give up in the end, which makes me proud," he said.