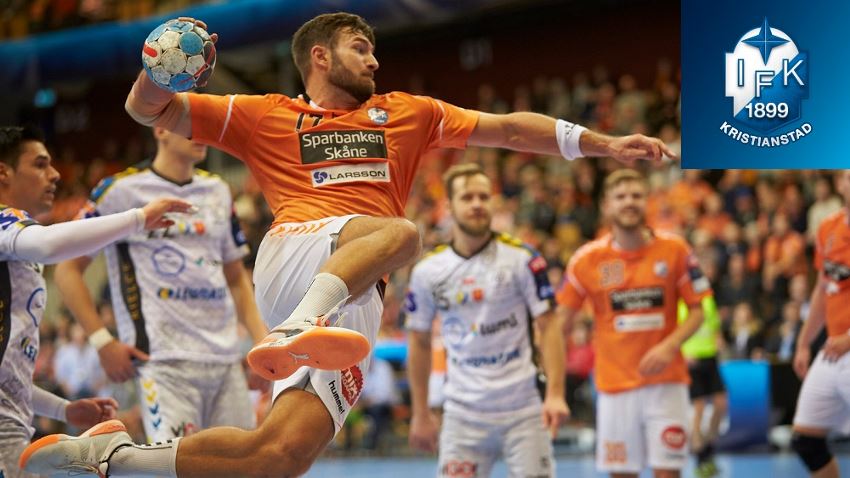 After winning the domestic league Handbollsligan four years in a row, IFK Kristianstad’s dominance ended last season when IK Sävehof took title. The new season will be very important for the club with the objective of regaining the league title and competing at a high level in the VELUX EHF Champions League.

IFK Kristianstad and head coach Ljubomir Vranjes, who replaced Ola Lindgren in March, have a big task ahead of them. Important players like Arnar Freyr Arnarsson and Stig Tore Moen Nilsen have left the club and other players have to step up.

Last season ended in tears but can IFK Kristianstad redeem themselves? And can they reach the quarter-final for the first time upon their fifth participation in the VELUX EHF Champions League?

- Will IFK Kristianstad make it past the group phase for the second time in the club’s history?

Two seasons ago IFK Kristianstad reached the Last 16 after several impressive performances in the group phase. Last season was way different and IFK missed the chance to advance from the group phase. This season IFK face a different situation playing in Group D.

“We had a tough last season with the four VELUX EHF FINAL4 teams in our group. We took five points but still had the chance to go to the Last 16 before our last game in Brest. This year it looks like a very open draw in Group D and we will definitely try to come in the top two,” team manager Jesper Larsson says.

- Can IFK Kristianstad perform well on two fronts: the Swedish and the Champions League?

There is a lot of pressure on IFK Kristianstad to do well, both in the domestic league and in Europe, especially after last season when the club failed to win the league. IFK want to compete with the big lions in Europe and have their own big expectations as well as those from their huge fan base. “For us it is crucial to play internationally to be able to attract young talents and new players. Every season we lose a couple of our best players due to better financial possibilities elsewhere,” Jesper Larsson says.

Olafur Gudmundsson is the team captain and one of the players who know what the VELUX EHF Champions League means to everyone in and around the club. “IFK want to play among the best teams in Europe and it’s really important for our young team and fans to get the opportunity to meet all the best teams and players,” he says.

- How will coach Vranjes implement newcomers Simon Birkefeldt and Jihed Jaballah into the team?

Arnar Freyr Arnarsson and Stig Tore Moen Nilsen had huge roles in the team - Arnarsson for his goals as a line player and also as a big and strong defender, Moen mainly as a goal scorer of high class. This season both players have left for IFK’s group phase opponents GOG and newcomers Simon Birkefeldt and Jihed Jaballah have the tough task of replacing them. Birkefeldt has made himself known as a great defender, but he didn’t play much in attack at Melsungen and during the preseason has suffered from injuries. Jihed Jaballah is mainly an offensive threat with his size and ability to score. However, the Tunisian national hasn’t played much in defence during his career. Maybe IFK Kristianstad needs to make two changes from attack to defence and the other way around. How does that fit with Ljubomir Vranjes’ way of playing handball? Vranjes wants his team to play fast and puts a lot of emphasis on counter-attack.

Under the spotlight: Philip Henningsson

The young left back got his breakthrough in the VELUX EHF Champions League a few seasons ago. Henningsson showed his abilities at the offensive end and played with a lot of heart and courage. Combined with an ability to play anywhere in defence he was one of the keys to IFK Kristianstad’s success in Europe. Then, for some reason, Henningsson played less and less in offence and lost form. He continued to be an outstanding defensive player, which he showed at international level with Sweden, but in attack he was a shadow of his old self. This season Henningsson stands at a crossroad: will Vranjes give him time do re-adapt to the offensive play or will he, at 24 years, only play in defence? Henningsson definitely has the ability and potential to be a key player for IFK Kristianstad, both in defence and offence.

No matter the results, the club will be celebrating this season: IFK Kristianstad turns 120 years old in November.

This season marks the fifth time in a row that IFK Kristianstad participate in the VELUX EHF Champions League. The club has only made it past the group phase once, but avoiding Groups A/B they should have a real chance to advance the second time in the club’s history.