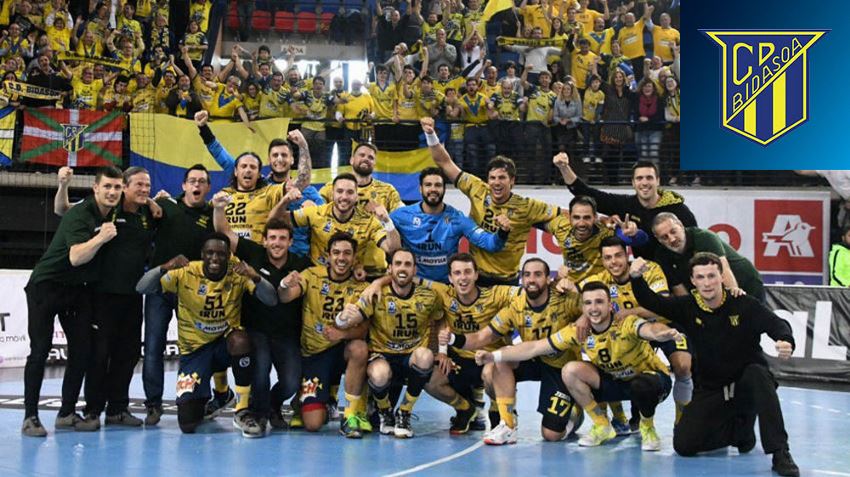 Bidasoa Irun are returning to the VELUX EHF Champions League in the same season as they celebrate the 25th anniversary of their only win in the competition.

The Basque side beat Zagreb in the 1995 final and were runners-up the following year, but it has been 13 years since they last played in Europe. Bidasoa were eliminated by BM Aragon in the EHF Cup quarter-finals in 2006/07.

They have booked their place in the Champions League after a great season that ended when they were runners-up in the ASOBAL League, the highest placing in the last 25 years.

- What should Bidasoa’s objective be?

It is difficult to say because after so many years without playing at the European level there is no real reference for Bidasoa. Their main aim to begin with is to be as competitive as possible in every match. But captain Iker Serrano says there is one, non-negotiable target, to “make fans from Irun and the Basque Country be proud of their team”.

- Can the team be competitive with the same roster as last year?

Keeping broadly the same line-up from last year could be a positive as the team know each other well and are also familiar with coach Jacobo Cuetara’s systems. Cuetara has a tendency to distribute playing time among his players more evenly than many coaches. The only change in the roster is the retirement of left wing Iñigo Aldaba, but Bidasoa have said they want to sign a replacement before the season starts.

- What does it mean for the club to be back in Europe?

It means a lot. Bidasoa rejoined the ASOBAL League three seasons ago and since then has gained visibility rapidly. Last season’s campaign and the return to the top European competition will help the club to get stability and to grow in the future. Playing in the Champions League is helpful to capture new sponsors but also to gain visibility and presence not just in Irun, but across the wider Basque region.

Right wing Kauldi Odriozola (22 years) is one of the most promising young players for Spanish handball. Last season he was named the best right wing in ASOBAL League, just two years after receiving the trophy as best young player. He will play his fith season in Irun, after arriving in 2015 when Bidasoa were in the second division, and playing in Champions League will be a big opportunity to learn and grow. Odriozola has already made his senior national team debut, after winning gold at the U20 EHF Euro in 2016 and the Junior World Championship in 2017.

When the ASOBAL season started last year and Bidasoa started in first place, most thought that it would only be a matter of time before they moved down the rankings. However as the rounds progressed, only Barça could overcome them. Bidasoa were also runners-up in the ASOBAL Cup, also behind Barça. After a season like that, collective and individual self-esteem at the club cannot be better, because the team has come to realise nothing is impossible.

French left back Leo Renauld was seen in a video as he got a tattoo of his team after they qualified for Europe last season. He renewed his contract for one year with Bidasoa and suggested he got a tattoo with the club’s shield on his left arm – adding to plenty more ink on the rest of his body. However, it turned out to be a fake tattoo... but no one doubts his love for the club.