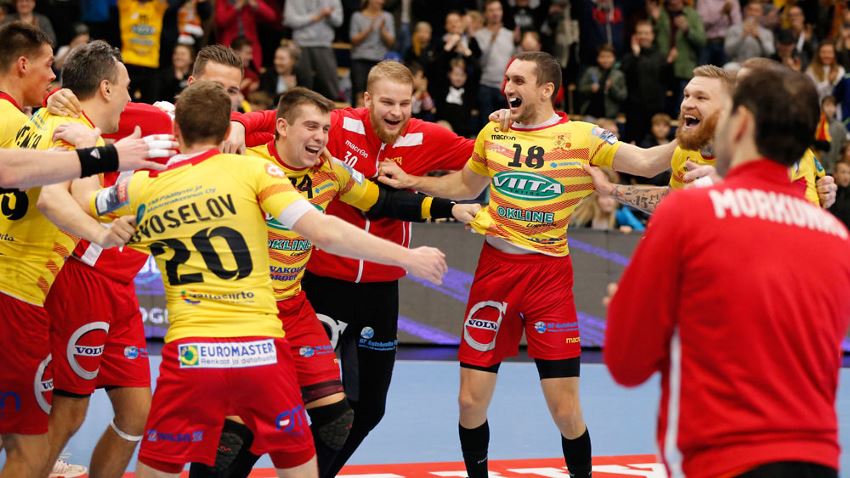 On the surface, it was business as usual when this year’s Finnish men’s championship was decided. Riihimäen Cocks won again, for the seventh time in a row and for the 11th time in total.

After winning the Baltic League for the fourth time, defeating Ukrainian club ZTR Zaporozhye 23:22 in the final, Cocks progressed to the final of the Finnish championship again.

Although there was nothing new in Cocks having to beat Dicken in the final tie, their opponents have enjoyed a fantastic year and made the champions fight for the title harder than ever before.

The Helsinki-based reached the quarter-final of the Men’s Challenge Cup in their maiden season in Europe and were only eliminated by one goal on aggregate by eventual finalists AM Madeira Andebol SAD.

Cocks had also broken new ground during the season. They reached the VELUX EHF Champions League group phase for the first time ever, earning six points in Group D.

With confidence high on both sides, everything was set for an exciting final series. And exciting it became.

The maximum number of matches was needed before the champions could be crowned, and the two teams were separated by no more than three goals in all the games.

Both teams won their home games, but as Cocks had the advantage of the home right in the fifth match due to having won the league, they were able to decide it all in their favour by winning a low-scoring fifth leg 19:17 – resulting in celebrations of yet another championship with their home crowd.