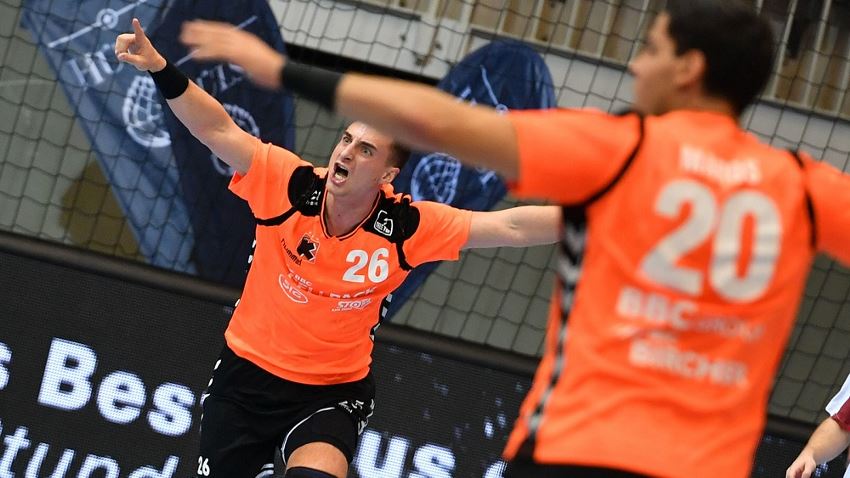 Since 2005 the Swiss Handball League has been the domain of Kadetten Schaffhausen. In the 15 seasons since, the title went to the club in northern Switzerland 11 times as Amicitia Zürich (2008 and 2009) and Wacker Thun (2013 and last year) were the only other teams to lift the domestic trophy in this period.

In 2017/18 Kadetten struggled and the club parted ways with coach Peter Kukucka midway through the season. His successor was a well-known face on the Kadetten bench: at the start of the new season, Petr Hrachovec returned after five years.

The former Czech international, who re-joined from Austrian side Alpla Hard, had been very successful during his previous stint from 2008-’13, leading Kadetten to three domestic titles and reaching the VELUX EHF Champions League Last 16 twice and the EHF Cup Final once, in 2010.

With Hrachovec’s return, the success came back as well. Although Kadetten lost their opening match of the play-off phase against RTV 1879 Basel, they won that tie 3:1 and didn’t lose a match afterwards in the semi-final against BSV Bern or the final against Pfadi Winterthür, which they both defeated 3:0 in best-of-five series.

Pfadi did an outstanding job to reach the final in a season marred by many injuries, but in the end they came up well short against Kadetten and never came really close to winning their first domestic title since 2004.