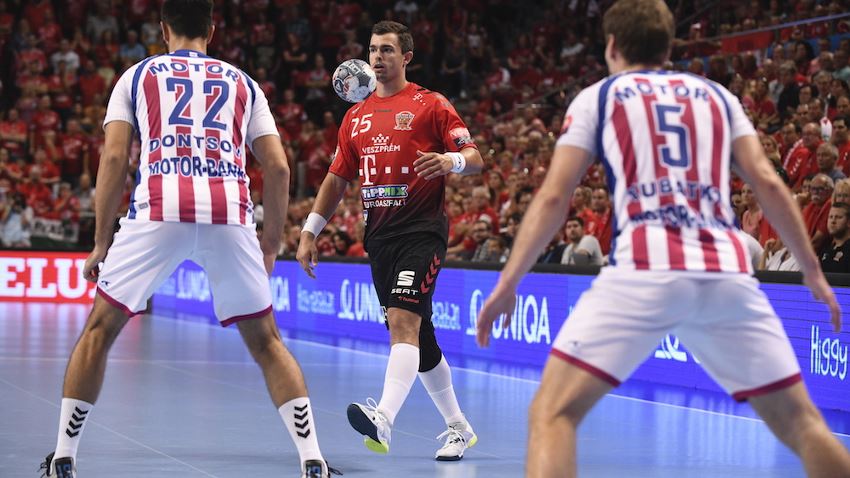 Lauge: “Playing against Kiel will always be special”

Rasmus Lauge played for THW Kiel for two years, from 2013 to 2015. Then he took the step very few players have ever taken – he changed to arch-rivals SG Flensburg-Handewitt. With Flensburg, he played against Kiel in numerous “North Derbies”, as the matches between the two north German neighbours are called.

On Saturday, the 28-year-old Danish international will face THW Kiel once again.

Before this season, he transferred to Telekom Veszprém HC from Flensburg, and on Saturday evening, Veszprém will host Kiel for the VELUX EHF Champions League Match of the Week.

“Playing against Kiel is special and will always be special to me. I have played there, and I have played against them many times, but meeting them will always be a special experience – also now when I meet them under new circumstances,” says Lauge, who is happy with the change he made this summer.

“It has been exciting and challenging and a great experience. It has been a particular challenge to leave my comfort zone, so to speak.

“There is not much different between Kiel, Flensburg and Denmark, while Hungary is something very different. It has been a challenge to get used to a new way of playing and of course, to the language, as the coaching is taking place in a mix of Hungarian and English, but I manage,” he explains.

A chance for a change of heart

When he signed on for Veszprém last year, his former Flensburg coach Ljubomir Vranjes was head coach of Veszprém. Soon after Lauge had signed the contract, however, Veszprém parted ways with Vranjes.

In came Spaniard David Davis and, generously, Veszprém offered Lauge the option to opt-out of his contract as the conditions changed.

“It never crossed my mind to make use of that offer and cancel my contract. I was determined to take on the challenge of changing to a different culture and way of playing handball, so I never even considered that option,” says the Danish world champion.

Lauge has not found any reason to regret his decision.

“Working with David Davis has been a very positive experience so far. He is very ambitious, and he sets high demands for us – in matches, at training and in the video room, but that suits me fine, so I am content,” explains Lauge.

“That is the way it should be. David wants us to reach the top in Europe, and that is obviously what we all want.”

Lauge is well aware that the main objective in the ambitious club is to win the Champions League. Despite being close several times, Veszprém have never managed to get their hands on the trophy.

“We are building our team to hopefully reach the ultimate success at the end of the season. Each and every training session is carried out with the highest intensity, and I can feel that I have really benefited from that,” he says.

The next step towards the ultimate success for Lauge and his Veszprém teammates will be the home game against Kiel on Saturday.

“There is no doubt that Kiel will be a big handful for us. They are playing really well at the moment, and they will certainly be a challenge.

“However, it is simply a match we must win. We are playing at home, and no opponent should be allowed to threaten us here.

“A win is a must, it is as simple as that,” concludes Lauge.