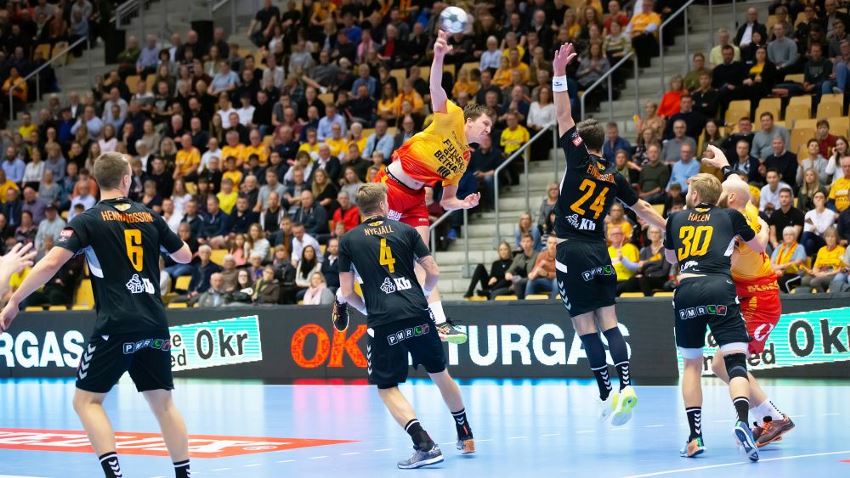 Despite only leading once and trailing by five goals for large parts of their group D home match in the VELUX EHF Champions League against IFK Kristianstad, second-placed GOG were able to fight back and earn a point.

Meanwhile, on Sunday evening, Orlen Wisla Plock advanced into third place in the group and kept their dreams of reaching the knockout matches groups C/D alive, as they won 34:28 at home against Chekhovskie medvedi.

In the first match between the two teams, Kristianstad were up 4:0 in the early stages but eventually lost 33:24. This time, Kristianstad led almost throughtout against their Danish rivals, and the lead even reached five goals, but GOG came back in the latter stages of the second half to earn a point.

Despite Kristianstad's very small chances of proceeding to the knockout matches groups C/D, more than 100 Swedish fans had travelled the 300 km to Odense to support their team, and for a long time they appeared to have a good chance of celebrating a victory.

Through fast and versatile attacking play and by scoring on virtually every attack, Kristianstad went ahead 10:5 and remained five goals up (19:14) until just before half-time.

Kristianstad continued to dominate after the break, but GOG found the right tactical solution by changing their defence to a 5-1 formation. GOG even took the lead, 37:36, when Emil Jakobsen scored, but Kristianstad equalised and the match finished 37:37.

IFK Kristianstad coach Ljubomir Vranjes complimented the attacking play from both teams. He said: "It was a crazy game today with very fast handball a lot of goals. Sometimes it's bad defence, but today both teams ran well and the players scored in all kind of situations."

GOG coach Nicolej Krickau said his side found it difficult against Kristianstad's speed. He said: "We had a hard time to get our defence in place. They played with great speed and good fast breaks. In the end we're happy with one point."

Orlen Wisla Plock moved into third position and strengthened their hopes of reaching the knockout matches groups C/D, as they clearly defeated Chekhov after a few starting problems.

Both teams tried several defensive formations along the way, but it did not really bother either side's attacking players much, although the home team were still slightly more successful.

After Chekhov were leading by one goal a couple of times, Plock took the initiative – led by brilliant playmaker Niko Mindegia, who was also dangerous on his own. 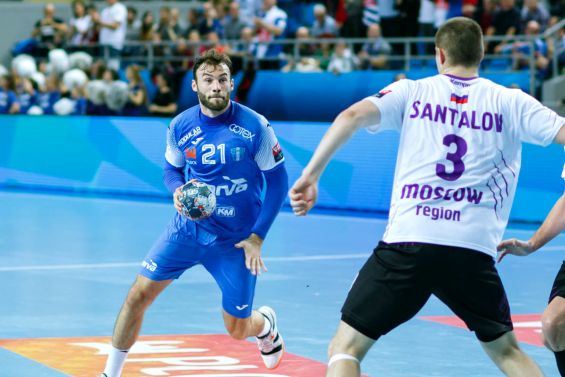 The Russians managed to hang in for quite some time, though, as Plock were not able to get more than three goals ahead.

As the second half progressed, however, the hosts removed the last big to doubt. As they improved their defence, they went from 23:20 to 30:22 – and it was only a matter of the size of their win.

"We played very good in defense and in attack Niko Mindegia gave a lesson (on) how to play a leading role. His role is not scoring goals, but today he took this responsibility and did amazing job," said Wisla Plock head coach Xavier Sabate.

"We lost many balls when we wanted to move from defence to attack, and this provoked many fast breaks from Wisla side," said Chekhovskie line player Pavel Andreev on the cause of his side's defeat.