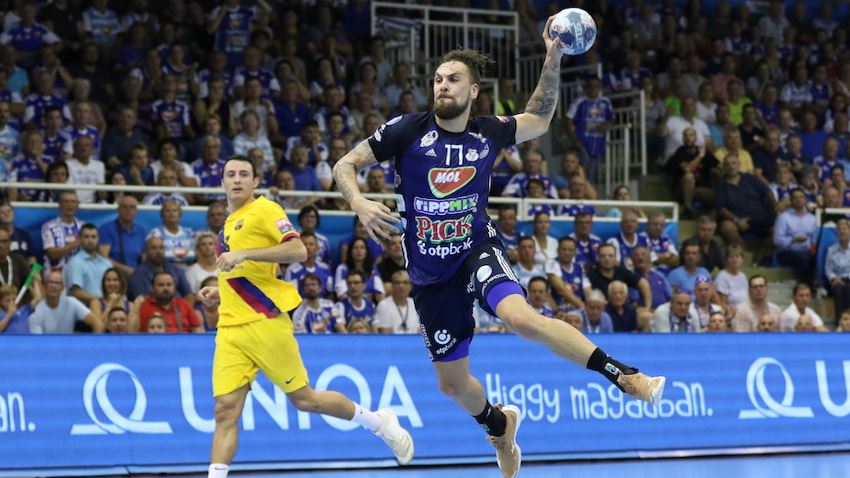 First talking points after a great first round

We saw returns to the big stage, comeback wins, thrilling games and so much, much more during the first round of the group phase of the new VELUX EHF Champions League season.

Looking back at the first games already makes us thirsty for the great handball action to come. Here are the first talking points of 2019/20.

Match of the Week is always entertaining but, boy oh boy, how thrilling was the first of the season? A dramatic last-gasp goal from Alex Dujshebaev earned PGE VIVE Kielce one point against THW Kiel in Sparkassen Arena in Group B (30:30).

Filip Jicha could not have been any closer to a win in his first Champions League game as head coach of Kiel, after he replaced the legendary Alfred Gislason this summer.

But a credit to Kielce, as they never gave up, even when they were down by two goals inside the final minute.

If we were to single out teams from the same country after the first round of the group stage, the two Hungarian giants deserve to be mentioned after great wins.

Telekom Veszprém HC, hoping to go a step further this year after losing the final in June, were in ‘beast mode’ against HC Motor Zaporozhye in Group B (40:28). With this performance, they once again look like a team to beat this season.

The other Hungarian club in the competition, MOL-Pick Szeged, also did extremely well in the first round. They won versus Barca in Group A (31:28), following a seven-goal lead at the break (18:11).

The two most recent winners of the competition battled it out in the first round of Group B, where the current title holders HC Vardar, playing away from home,came out on top against MontpellierHB (31:33).

Vardar also beat Montpellier in France in the first round of the group phase last season. Now, they hope this win is the start of a similar journey through the competition all the way to the podium.

The round 1 victory is a big relief for Vardar, as they lost nine players this summer. Meanwhile, the French team are hoping to do better than during their title-defending season last year, when they failed to progress from the group stage.

After a 23-year absence from the top-flight European competition, Bidasoa Irun returned with a bang, as they secured an away win against TATRAN Presov in Group C (23:25).

The 1995 champions, playing their first game in the competition since losing the final in 1996, kept the home side to only 10 goals in the second half.

It is a disappointing start to the Champions League season for Presov, as they hope to go one step further this year after missing out on the Group C+D elimination matches in 2018/19 due to goal difference.

We saw another perfect return, also in the form of an away win: This time, it was Danish side GOG coming back after 10 years’ absence from the Champions League. They marked the occasion by defeating IFK Kristianstad in Sweden in Group D (24:33).

It turned out to be a high-speed Scandinavian derby, where the Danish visitors proved the superior team.

Meanwhile it was not the start Kristianstad hoped for in their fifth consecutive season, but now in groups C/D for the first time.