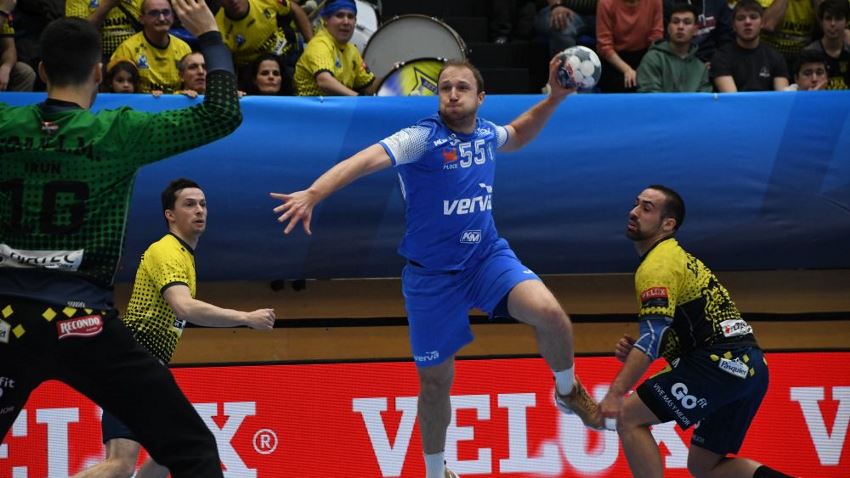 Plock have reason to celebrate despite defeat

After the 32:25 home victory in the first leg last weekend, Orlen Wisla Plock had no big problems qualifying for the Last 16.

It was a farewell in style for Bidasoa Irun. 24 years after their last appearance in the EHF Champions League, when they were finalists against FC Barcelona, the Spanish side finished their adventure in the top-flight competition on Saturday victorious.

But the 24:19 victory against Orlen Wisla Plock was not enough to make it to the Last 16.

Plock had decided the encounter already in the middle of the first half, leading 10:7, an overall gap of 10 goals.

In the first half, the team of Xavier Sabate were highly focused in defence and patient in attack, and they could count on the saves of goalkeeper Ivan Stevanovic, who finished with nine saves on his account.

Irun never gave up, showing morale and character, and they made their fans happy with a 5:1 run to take their first lead in the match, 13:12.

But when Hungarian left back Zoltan Szika, who was the Player of the Match presented by VELUX, netted his seventh goal to level the score at 18:18, the deal was sealed.

Despite Irun's strong comeback and a 6:1 run in the last 11 minutes, it was too tough for the Spanish side to turn the tie around.