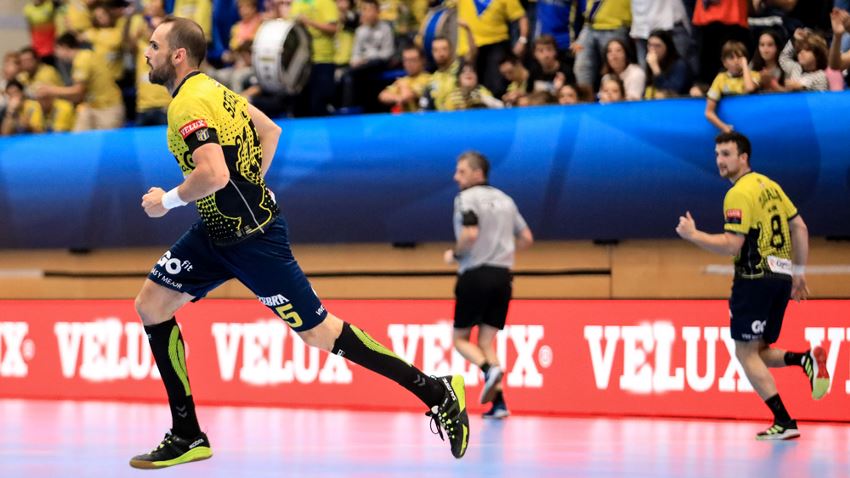 Iker Serrano: “We will fight - we owe it to the fans”

Bidasoa Irun are back in the VELUX EHF Champions League this season for the first time since 1996, and in the year they commemorate the 25th anniversary of their 1995 win in the competition.

They already exceeded their expectations by reaching the knockout phase after winning group C, and on Saturday will face Orlen Wisla Plock in the Match of the Week. The hosts need to overturn a seven-goal deficit after losing 25:32 in Plock last week to stand a chance of progressing to the Last 16.

ehfCL.com talked with captain Iker Serrano about the club’s season so far and the crucial match ahead. Line player Serrano played for Bidasoa early in his career and after leaving to play for other Spanish clubs and in France, returned home in 2016. He knows more than anybody what the team’s top-flight return means.

ehfCL.com: How are the team preparing for the return leg of the group phase knockout, with a seven-goal disadvantage?

Iker Serrano: It was a tough defeat last week, but as the hours go by we’re starting to believe in ourselves, and every hour we believe more and more. It will be hard, but we have that self-belief. We’re playing in front of our fans, and we’ve already shown some great comebacks in Europe.

Winning this time would be a real feat, and it could be epic. But one thing is certain: we want to enjoy ourselves and the way to do it is competing at our best.

ehfCL.com: Why do you think you lost the match in Plock?

Iker Serrano: It was surprising. We had two key moments: in the first half, they opened the first gap and we couldn’t stop them, maybe because of our inexperience. In the second half, we were playing well and had the chance to cut back the deficit to four goals. Then we lost a fast break and lost a player to a two-minute suspension.

ehfCL.com: As you finished first in the group, you had the home right for the second leg of the knockout. Has this actually been counterproductive?

Iker Serrano: You never know, we are a young team with no experience in the competition. We should also watch out for our opponents.

However, the play-off is a game of 120 minutes. The first half is over, they were better, we weren’t at the same level, and now it’s time for the second half. There’s still 60 minutes left and we will try.

ehfCL.com: And this time you will have Artaleku as the eighth player.

Iker Serrano: I say to the fans: come, and come excited because we will leave our souls on the court. We will fight. We owe it to the fans.

ehfCL.com: It’s very nice to see the connection you have with the fans.

Iker Serrano: Our fans are faithful. When we left for Plock, they came out to support us. After the defeat in Poland, when we came back to Irun, there were even more people supporting us! It’s very special. They’re enjoying it and we will try to give them more happiness.

ehfCL.com: Bidasoa Irun are back in the EHF Champions League in the 25th anniversary year of the club becoming European champions. How important it is?

Iker Serrano: It’s a very special feeling. It’s amazing to see Bidasoa flags on the balconies and lampposts of the city.

Bidasoa had an important trajectory in Europe and it’s very nice to have the opportunity to revive this and to see both young and old people excited. It’s an investment for the future. Here we have players with lots of talent and this will help them grow.

ehfCL.com: For you and most of your teammates, this was the first time in a European competition. How does that feel?

Iker Serrano: I started my career at Bidasoa, I’ve heard stories about the club in Europe lots of times and now I’m helping make history. It’s the best! Not just me but everyone in the team is enjoying this experience a lot.

ehfCL.com: Regardless of what happens this round, are you surprised about the team’s performance?

Iker Serrano: Totally! Nobody, ourselves or the most optimistic people, nobody could have imagined that we’d play at the level we did in the group phase. We’re really proud. And we have been competing in the ASOBAL League as well with good results.

Iker Serrano: Yes, we achieved this. We’re fighting again for a place in Europe. Two years ago it was unthinkable.

We’re doing well, not just on the court, but also financially and socially. The club is growing in equal measures. Today, everybody knows Bidasoa and our yellow T-shirt.

ehfCL.com: Your results, as well as other teams’ such as Logroño La Rioja’s win last Saturday against Füchse Berlin in the EHF Cup, should show that there are more teams than Barça in Spain.

Iker Serrano: Absolutely. Spaniards are competing well in Europe. Our results show how we well we are working in Spain. Yes, it’s very hard to face Barça, it’s impossible right now, but it’s also hard to play against Barça in the Champions League. 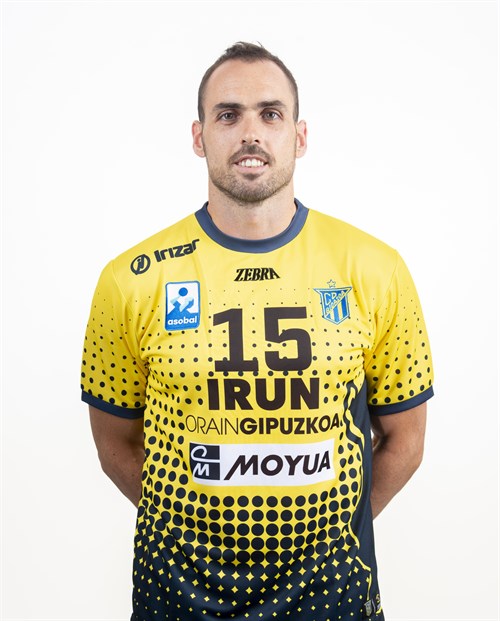