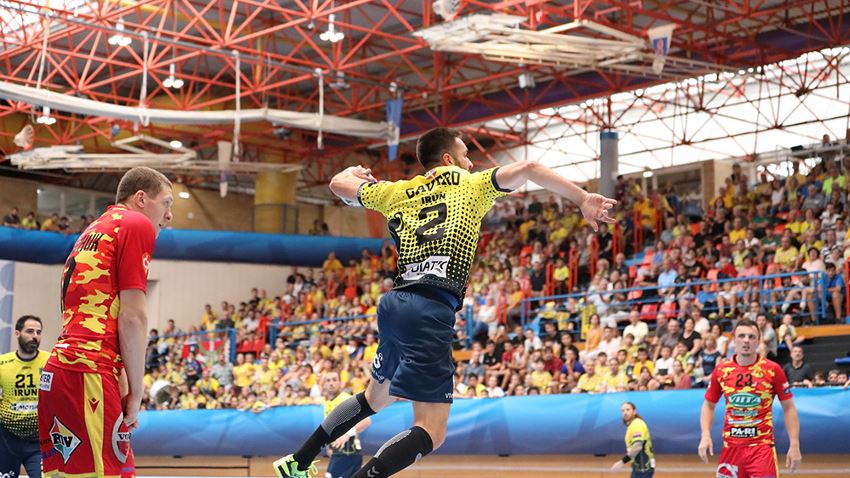 Bidasoa celebrated their first home game in the EHF Champions League in 23 years by earning their biggest win ever in their Champions League history.
After a slightly shaky start, the Spanish home team left no doubt against the Finnish champions.
GROUP C
Bidasoa Irun (ESP) vs Cocks (FIN 34:19 (17:11)
Bidasoa celebrated their first EHF Champions League home match in 23 years by taking their biggest win ever in their Champions league history, but at the start, things actually looked a bit gloomy for the Spanish side.
Already after four and a half minutes head coach Jacobo Cuetara found it necessary to call a timeout.
The reason was his team being down 3:1. The timeout seemed to help, though. With six straight goals, Bidasoa went ahead 7:3, and from that point, the home team did not look back.
The movable Spanish defence was too much for the Finnish attack most of the time, and already before halftime, Bidasoa were leading by seven goals.
In the second half, Bidasoa cruised to their record win, which sent them top of the group with four points after two matches.

▶️ @CDBidasoaIrun are welcoming the #veluxehfcl back to their arena with style! This save from Ledo converted into a counter attack goal is just one example of their flawless game today 🙌 #ehfcl pic.twitter.com/sOi1ORBClV