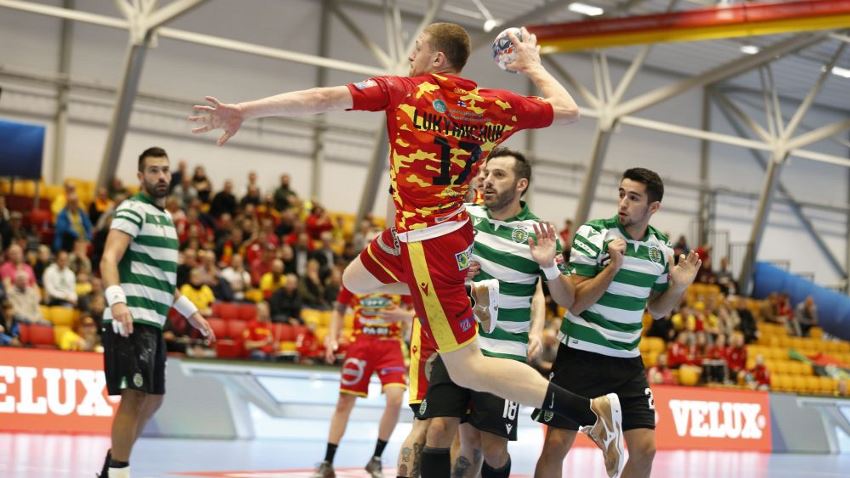 Sporting CP turned the top duo in the group into a trio, as they became the third team on maximum points after two matches through their 32:24 win at home against Presov.

The visitors were only able to follow Sporting for the first 25 minutes, and in the second half, the home team soon established a deciding eight-goal lead.

Group C is about to break into two halves, currently with three teams on four points and three on zero.

Saturday night, Sporting turned the top duo into a trio, as they joined IK Sävehof and Bidasao Irun on maximum points.

After the crowd in the Pavilhao Joao Rocha in Lisbon opened the match by singing “My Way”, the home team soon found their way to a clear win.

"We have played the entire game with high intensity because TATRAN Presov is a good team. The defence was very good and it’s easier when you play like that," said Sporting coach Thierry Anti. "In Champions League, one day there is a team that wins and in the next day everything is different. I'm happy because in the Champions League you have to win the games at home and it’s important because it's in front of your supporters too."

Through patient attacking play, Presov managed to take the pace out of the match at the start, which gave them a few two-goal leads.

However, when Sporting turned a 6:4 deficit into a 7:6 lead, it was their game.

The visitors managed to follow them to 13:13, but already before the halftime buzzer, the hosts were three goals up, and as they went from 18:15 to 22:15 and 24:16 early in the second half, the match was decided.

"We didn’t have defence for 60 minutes. If we want to win games like this one we have to play with physical contact and can’t perform like we did today," said Presov coach Slavko Goluza. "The first half wasn't bad but the last minutes didn’t go well for us because we made some mistakes. We allowed Sporting CP to score more goals and go to the half-time with an advantage of three goals. In the beginning of the second half, we continued to play without defence and we made some mistakes in the attack."