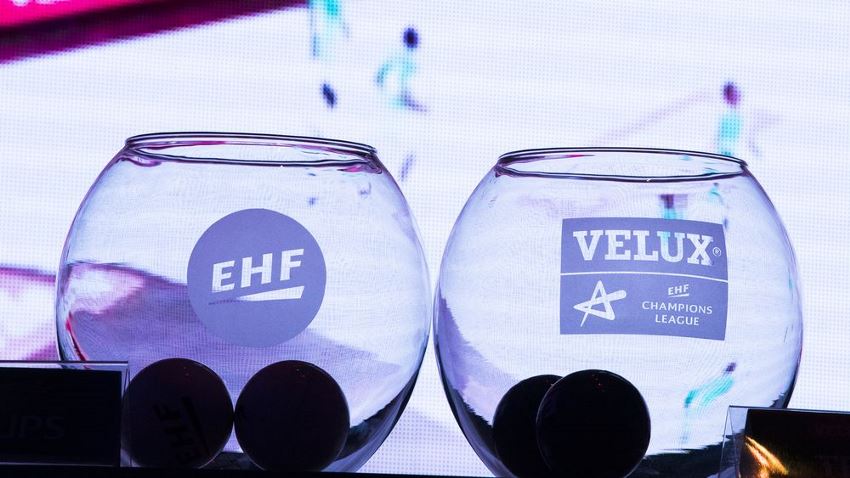 All 28 teams directly seeded for the group phase will learn their fate in the new season on Thursday 27 June at 18:00 hrs as the draw both for the Groups A&B and Groups C&D is to be conducted at the Erste Campus in Vienna (live on ehfTV.com).

There are eight pots of two teams in the Groups A&B and six pots in the Groups C&D. The defending champions HC Vardar will be drawn from the Pot 1 together with the French champions Paris Saint-Germain Handball.

The last season’s runners-up Telekom Veszprém HC will be in the Pot 2 together with the third ranked team of 2018/19 Barça, while the the fourth team of the previous season and Polish title holders PGE VIVE Kielce are seeded in the third pot alongside the German champions SG Flensburg-Handewitt.

The teams will not be able to face opponents from the same country in the group what applies to sides from France, Germany, Hungary and Sweden.

During the draw of Group A and Group B five pots will be completely open, but due to the country protection three pots will have to be allocated.

Following an open draw of the first four pots MOL-Pick Szeged in the Pot 5 will go to the group with the record champions Barça to avoid Veszprém, which means HC Motor Zaporozhye will end up in a group with Veszprém.

The same rule will send the 2018 champions from Montpellier in the Pot 6 to a group with Vardar to prevent them from meeting PSG. Consequently, HC PPD Zagreb will become one of the PSG’s opponents.

The Pot 7 with FC Porto Sofarma and Elverum Handball will be open, but the last pot has to be allocated again as THW Kiel cannot go to a group with their regional rivals from Flensburg-Handewitt. This will see RK Celje Pivovarna Lasko to a group of the 2014 champions.

All but one of the pots in the Groups C/D section will be drawn as teams come from 11 different countries. Following an open draw of the first three pots IFK Kristianstad will be allocated to the group with CS Dinamo Bucuresti and hence HC Eurofarm Rabotnik will play in the group with IK Sävehof.

The group phase will commence with the first round matches on 11-15 September, the last round in A and B is scheduled for 26 February - 1 March 2020.

Seeding for the group phase draw: 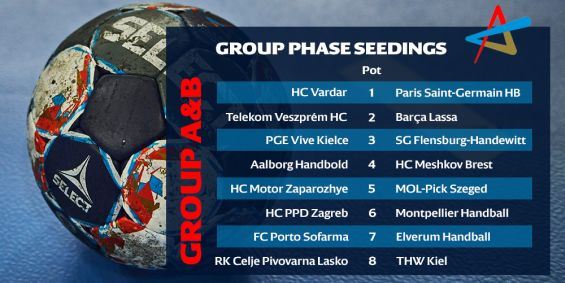 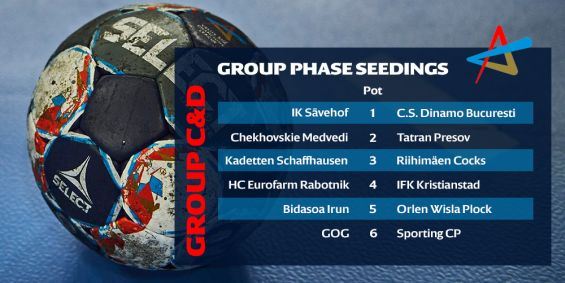