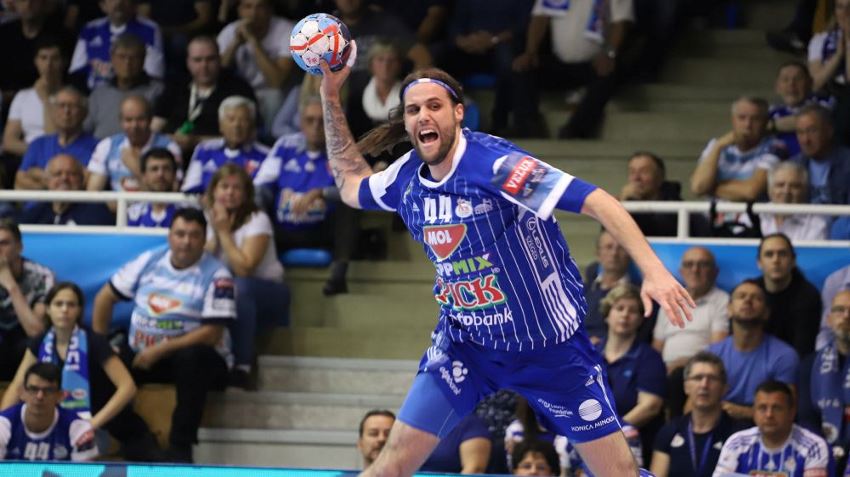 MOL-Pick Szeged's strong first half display against Barça helped propel the Hungarian side to an opening round victory in group A of the VELUX EHF Champions League. Szeged led by seven goals at the break and by nine early in the second half, but Barça responded in the second half – though it was not enough to avoid defeat.

Meanwhile, Paris Saint-Germain HB claimed a convincing win away against RK PPD Zagreb. Helped by an efficient Kim Ekdahl du Rietz, they cruised throughout the first half on their way to an impressive eight-goal win.

From the first to the last second of the first half, there was only one team you could see on the court: Szeged. Propelled by a phenomenal Roland Mikler between the posts, who made nine saves in the first 30 minutes, the home side gradually broke away on the scoreboard. After ten minutes, Szeged were ahead by three, and ten minutes later they led by six after Luka Stepancic’s first goal for his new team in the Champions League.

Despite changing players on the court, Barcelona’s Xavi Pascual could not find the solution to stop his opponents. Only Ludovic Fabregas managed to score more than once in the first half for his team.

On the other side, Radivojevic, Maqueda and Bombac netted three times in the first half, with the Slovenian centre back giving his team a seven-goal advantage right on the buzzer (18:11).

The advantage even increased to nine shortly after the break, but the Barcelona players finally decided that this was the moment to respond. Kevin Møller saved a couple of shots, offering his teammates opportunities to narrow the gap.

The French trio made of Fabregas, Mem and N’Guessan was instrumental at this stage and through four consecutive goals between them, Barcelona were back within three in the 42nd minute. The momentum had clearly changed, as Szeged struggled in attack, while their defence could not stop Dika Mem from scoring.

Seven minutes from the end, the visitors were just one goal behind – but one man was going to save the day for Szeged: Mirko Alilovic. The Croatian goalkeeper stopped two consecutive shots in order to help Szeged clinch a win by three goals, 31:28.

Paris Saint-Germain immediately took the lead from the start, making the most of their opponents’ turnovers. After five minutes, the visitors were already ahead by four, 5:1, and maintained the lead throughout the first half. Left-back Kim Ekdahl du Rietz gave Zagreb’s goalkeepers no chance, scoring five in the first half alone.

After a much-needed timeout, the hosts’ play started to improve, largely thanks to Zlatko Horvat’s play in the back court. The Zagreb captain helped his team settle, but PSG were still ahead by four at half-time, 19:15 – even though they lost goalkeeper Rodrigo Corrales to a knee injury,.

Despite Zagreb twice coming back within two at the start of the second half, PSG remained strongly in control of the game. Nedim Remili scored goal after goal against a helpless Asanin – and one of Remili’s goals in the empty net put the visitors up by seven with 15 minutes to go.

Despite Damir Bicanic’s best efforts, Zagreb could only see PSG cruise away to victory. After winning by eleven last season, PSG headed back from Zagreb victorious on Saturday with an eight-goal win.