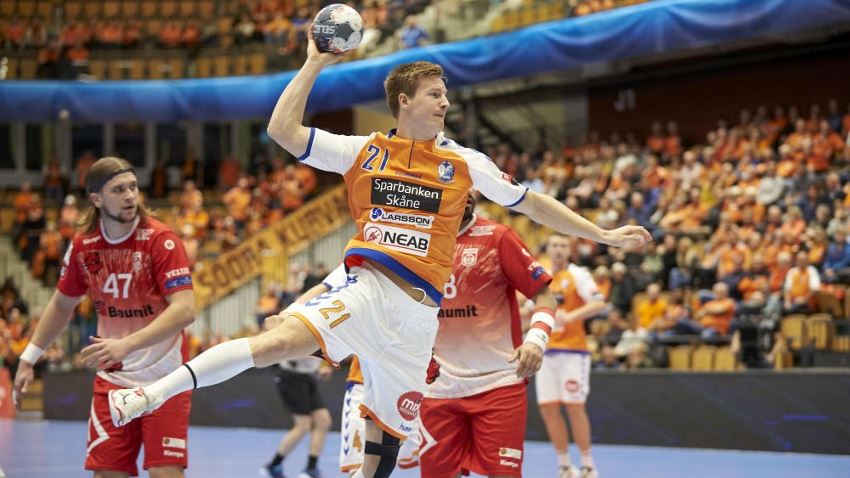 In the end, Dinamo Bucuresti and their fans in the Kristianstad Arena can celebrate their ticket for the elimination matches next spring, but the Romanian champions had to fight hard for the draw, which was enough for them to seal their qualification with two matches left.

With just two minutes left, Kristianstad were leading 29:27, but Andrei Negu and Ante Kuduz secured the draw with a goal each in the dying minutes. In a high-scoring first half, in which the attacking players on both sides performed better than the defenders, the game was equal, until Dinamo seemed to be on their way to decide the matter with a 15:11 lead.

With four straight goals around the break, however, Kristianstad moved into a 19:17 lead, and for the rest of the match, the teams took turns at having the lead all the way to the exciting finish.

Kristianstad Coach Ljubomir Vranjes said: “We showed a great team spirit and moral today and I think the result was ok for both teams”.