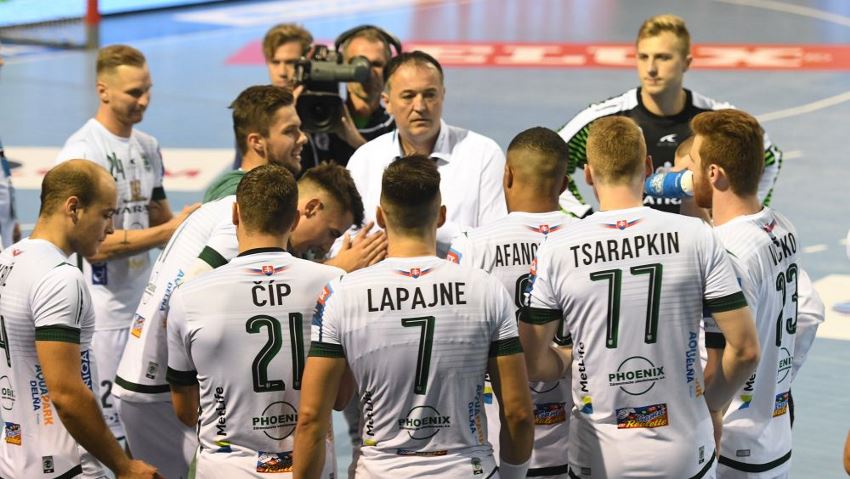 Presov need a win and hope for a miracle in Silkeborg

Tatran Presov will enter their last group phase round in the VELUX EHF Champions League under imperative to win and will still hope for result in their favour in Silkeborg to stand a chance of joining Sporting CP as the last team from the groups C/D to book a place in the February konck-out round. There is plenty of action across Group C, while only one match left to play in Group D in Leon.

Tatran Presov (SVK) vs HC Metalurg (MKD)
Saturday 1 December, 19:30 hrs local time, live on ehfTV
•    Tatran need to win and hope for Sporting win in Silkeborg to stand a chance of play-off berth
•    Tatran made it past the group phase only on their first of seven appearances in 2004/05
•    Metalurg playing for pride, will look to level the head-to-head, currently reading 2-0-1 for the hosts
•    Presov won in the reverse fixture in Skope 29:24, Ante Babic scoring six goals
•    Slovakian side will aim to massively improve after their blow up in Chekhov last week

Bjerrinbro-Silkeborg (DEN) vs Sporting CP (POR)
Sunday 2 December, 16:50 hrs local time, live on ehfTV
•    A draw is enough for Bjerringbro to secure the play-off spot, Sporting are already through
•    A win for hosts means, both teams are through; a win for Sporting CP and Presov win mean Presov are through due to the superior head-to-head of Slovakians against Bjerringbro
•    Bjerringbro-Silkeborg won the reverse fixture in Lisbon 35:32 and therefore would top the group with a draw


GROUP D
Abanca Ademar Leon (ESP) vs Elverum Handball (NOR)
Saturday 1 December, 20:00 hrs local time, live on ehfTV
•    only pride to play for in the final Group D match after Plock and Bucharest booked the two play-off places, but the result will have an impact on who finishes first in the group - Dinamo or Plock
•    Elverum can draw level with the top two on 14 points with a win, but head-to-head records mean they cannot go through
•    Although Leon reached the play-offs last season, they can beat their 2017/18 points total of 12 with a victory on Saturday, while Elverum have already enjoyed their most successful season with 12 points
•    Elverum won September’s reverse fixture in Norway 30:25