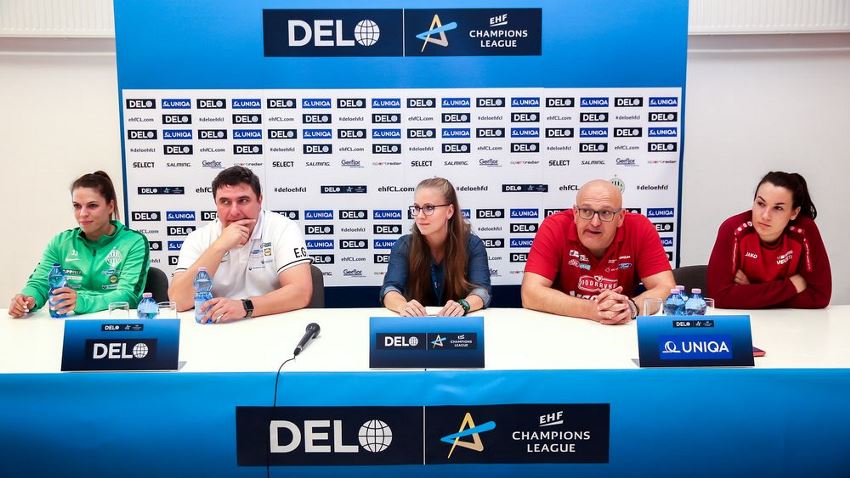 The live post-match press conferences, streamed by clubs competing in this season’s EHF Champions League competitions, have proven to be a huge hit with handball fans.

Starting this season, teams participating in the VELUX EHF Champions League and DELO WOMEN’S EHF Champions League have been broadcasting press conferences live across their own social media channels straight after their matches to give fans even more insight into their favourite teams.

The interest in the post-match thoughts of the coaches and the players involved have been popular since the concept’s introduction, with the number of combined views across both competitions  already passing the quarter-of-a-million mark.

The most-viewed press conference to date in the VELUX EHF Champions League came on the channel of Hungarian team Telekom Veszprém HC on 19 October. Almost 20,000 fans watched coach Veszprém David Davis give his thoughts after his side’s 39:30 win over reigning champions HC Vardar (MKD). It was the first time the two sides had met since the final of last season’s VELUX EHF FINAL4.

Meanwhile, in the DELO WOMEN’S EHF Champions League, over 16,000 fans went online to watch the live stream of CSM Bucuresti’s post-match press call after their dramatic 23:23 draw with Russian side Rostov-Don on 11 October.

Fans will continue to be able to watch what usually only accredited media once were able to access by logging into each club’s preferred social media channel. Press conferences start approximately 15 minutes after the final whistle.