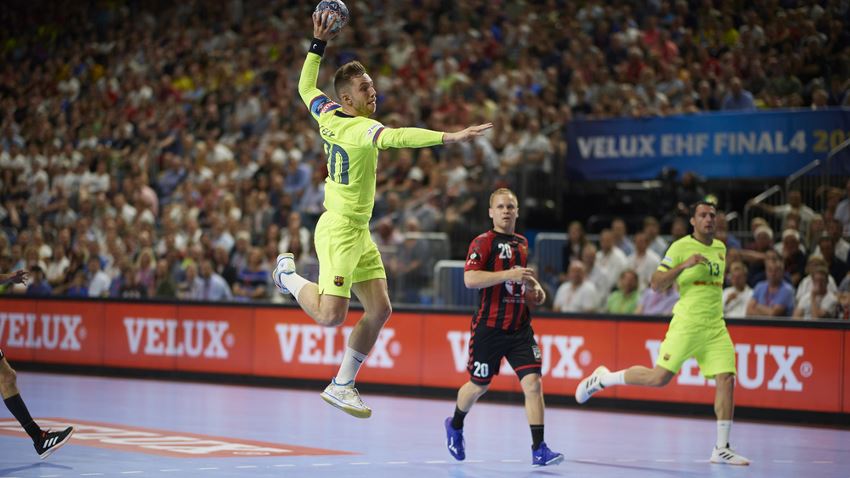 When you ask handball coaches about the way they want to play in an ideal world, you always hear “score easy goals”. With rule changes in the previous decades, counter attacks have become the weapon of choice.

Here, we have five examples from the VELUX EHF Champions League, with huge skills and great stars with the need for speed.

Speed, counter attacks and a quick transition from defence to attack have always been the characterising tactics IFK coach Ljubomir Vranjes loves most – especially during his successful time at Flensburg. And his youngsters at Kristianstad, such as Valter Chrintz, are perfectly skilled and trained for this run-and-gun match plan.

Fast breaks are in the genes of Scandinavian handball, and Vranjes knows how to bring this strategy onto the court.

Despite a cumulative 75 years between them, Gudjon Valur Sigurdsson (40-years-old) and Luc Abalo (35) are still on top of their wing positions, proving that speed is not a matter of age. For decades, this duo have imprinted the world of handball, not only with their high-speed attacks, but also spectacular goals from their positions.

The two highly experienced stars are already guiding the next speed generation of PSG wings on their way to the top, such as Benoit Konkoud and Dylan Nahi.

When your team is coached by one of the best wings of his generation, an expert in counter attacks and steals, then you know how the club’s tactics will look.

David Davis was three-time EHF Champions League winner with Ciudad Real and he was the crucial sweeper in the 5-1 defence. In the last six or seven years, the previous tactics of Veszprém have changed from a focus on powerful shooters from the back-court positions to more varied attack, including extremely efficient and anticipatory wings such as Gasper Marguc, Dragan Gajic, Dejan Manaskov or Manuel Strlek.

Magnus Jöndal and Hampus Wanne on the left wing, and Lasse Svan on the right, are a perfect trio for counter attacks, and back court stars such as Magnus Röd and Jim Gottfridsson know how to accelerate quickly from defence.

If you have goalkeepers such as Gonzalo Perez de Vargas and Kevin Møller, who contribute a huge number of assists with their precise and quick passes; if you have defence that combines power in a middle block with a quick sweeper in front of it; if you have wings like Casper Mortensen, Aleix Gomez and Victor Tomas – then you have the perfect situation for high-speed match play.

In the previous season, Barcelona scored 40 or more goals 40 times – and you can only do so with speed, speed and speed. The Catalan side simply overran their opponents – and as they have added playmaker Luka Cindric, who is perfect at changing the speed of the attack, they are the clear number one in this ranking.