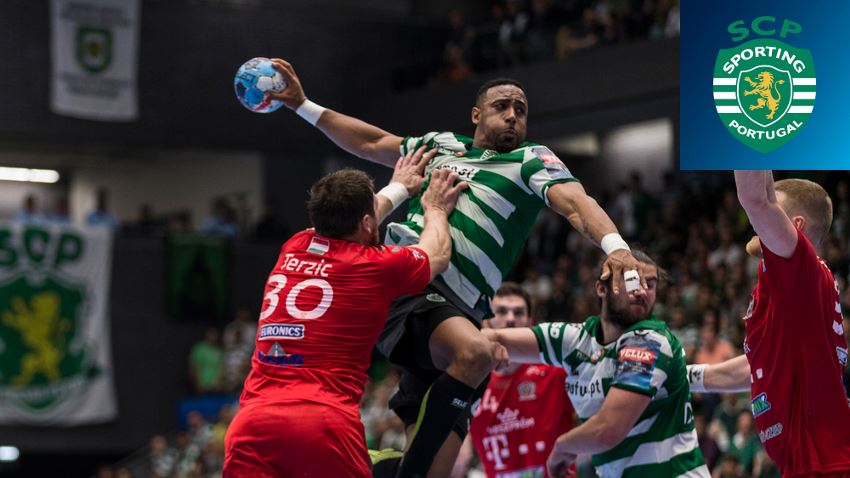 With a sustained and growing project, Sporting CP aim to do the same or better than last season in the VELUX EHF Champions League, when they reached the Last 16 for the first time. And the pressure is high.

Aside from their Champions League goals, Sporting also want to reclaim the domestic trophy, after the national title went to FC Porto last season.

What is the great motivation of the team?

After categorical results in the European panorama of handball, the main motivation for the ‘lions’ is to overcome their own 2018/19 records. Repeating the brilliant results from last season would be magnificent – overcoming them would be historic.

How will they cope with the losses of Cláudio Pedroso and Bosko Bjelanovic?

Claudio Pedroso and Bosko Bjelanovic gave a lot of experience and were quite important to the green and white team. However, the club has brought in Goncalo Vieira and Nemanja Mladenovic, two players that will add quality, as well as Marko Vujin from THW Kiel. The 34-year-old right back has opted for a new challenge after seven seasons in the Bundesliga and if he can stay fit, he will wreak havoc among opposition defences in Group C.

Can Sporting CP do better than last season?

It will be very complicated, because Sporting CP recorded the best result in their history in the previous edition of the Champions League, reaching the Last 16. Even so, the Sporting squad are capable of a surprise in 2019/20. The team is filled with talent and experience.

Team captain Frankis Carol is eager to raise the bar: “Our goal is always to do the best possible. We had good results last year and we want to do equal or better.”

Under the spotlight: Frankis Carol

Frankis Carol is the lighthouse that leads the team. The Cuban player, who arrived at Sporting in 2011, is one of the keys for Sporting, both defensive and offensively.

Carol is a very versatile player, with power, technique and great instinct. Last season, he impressed with stand-out performances and 58 goals in the Champions League.

For 12 years, until FC Porto returned to the Champions League, Portugal had no teams in this competition – so the fact that Porto and Sporting are both competing in the same edition is sensational news for Portuguese handball. “We play against the best teams and we want to put the name Sporting Club of Portugal together with the best in Europe,” says manager José Guimarães.

Sporting CP have the ability to win the Champions League Group Phase and reach the C+D play-off. Moreover, there is still the ambition to win all competitions in Portugal.

We need to go back to 1932 to find the first Sporting handball team. The first League title came in 1951/52 and, since then, handball has become one of the most cherished sports for the green and white supporters.

The club’s golden era arrived in the 1960s, when Sporting CP won seven league titles of the eight possible. Those years are still a talking point in the club, and the team that achieved these remarkable results was immortalised and is now known as ‘The Magnificent Seven’.

Sporting do not have a long history in the Champions League – in previous years, the focus was on the domestic championships and the Challenge Cup. The first international trophy arrived in 2009/10, when they defeated MMTS Kwidzyn in the Challenge Cup Final. In 2016/17, the club repeated the achievement, conquering the Challenge Cup for the second time.

Nine – that is the number of players aged above 30 in the squad. This fact demonstrates the heterogeneity and experience of the team with plenty of talent.