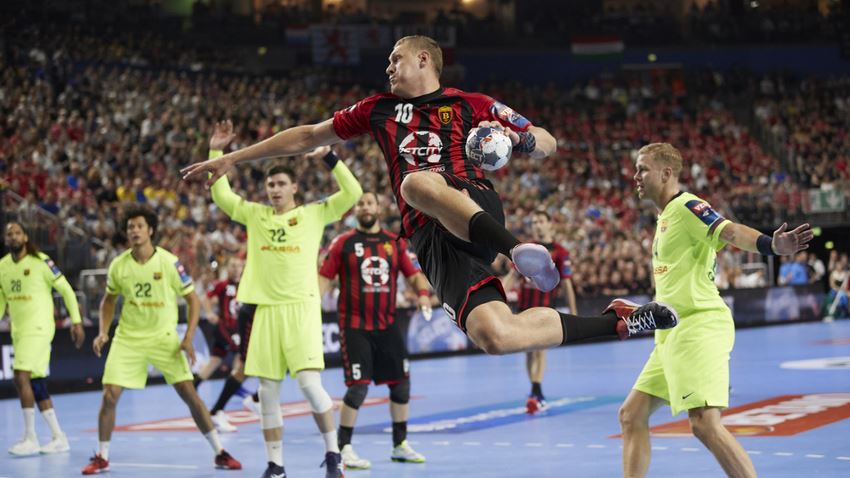 Kristopans and Pena scoop Player of the Month awards

Dainis Kristopans and Nerea Pena have been named the EHF Players of the Month following voting from a panel of EHF correspondents across Europe. For both the back-court players, June was an important month with their national teams, while Kristopans also celebrated his first VELUX EHF Champions League trophy.

Kristopans led Latvia as their top scorer, alongside Maris Versakovs, in the EHF EURO 2020 Qualifiers, which finished in the middle of June. For the first time in history, Latvia qualified for the final tournament.

Pena played a significant role for Spain as they also qualified for the next major international tournament – the 2019 IHF Women’s World Championship in Japan this December.

Kristopans: “A big honour for me”

Kristopans started the month by winning his first VELUX EHF Champions League title, with HC Vardar. Kristopans scored 10 goals in Vardar’s epic win over Barça Lassa in the semi-final in Cologne, then added another four in the final. He finished the season as the second top scorer, with a tally of 94 goals in 2018/19.

“Of course, it is cool and it is a big honour for me,” said Kristopans after being awarded Player of the Month. “There are a lot of great players and being a player of the month brings great emotions.

“It was best my season. In the second half of the season, the team spirit was growing. Taking a look at the problems with the club and before [VELUX EHF] FINAL4 nobody was believing in us, so in the end it was twice the pleasure to make history. The feeling was unbelievable; I will never forget this. I can just say thanks to my team and I am happy that I was the part of our big family,” continued Kristopans.

After the VELUX EHF FINAL4, the 215 cm back played a leading role as Latvia secured their first ever qualification for the EHF EURO in the middle of the month.

“We did it like a team. For our national team, it is first time in the final tournament. It was like a bonus after the Champions League,” said Kristopans. 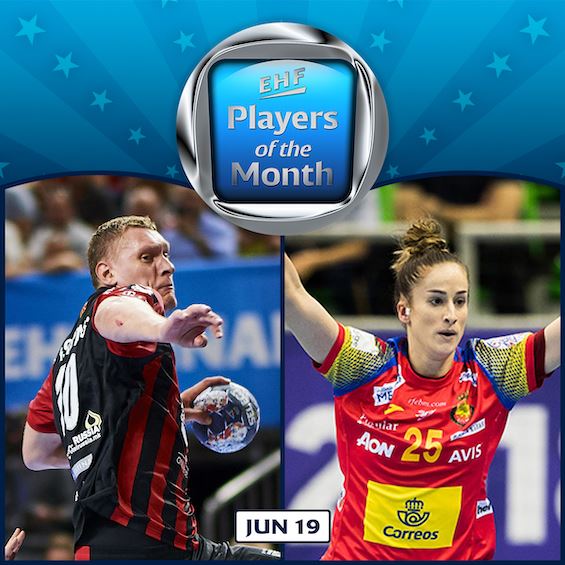 Pena: Grateful for recognition of work and performances

With the Women’s EHF Champions League 2018/19 coming to an end in May, with Pena’s team FTC-Rail Cargo Hungaria eliminated in the quarter-final stage, the Spanish back’s focus in June was on her national team. Spain defeated Iceland 66:58 on aggregate to clinch a berth at the 2019 IHF Women’s World Championship, with Pena contributing 19 goals in the two games as well as leadership on the court.

“Despite the fact that it was the end of the season, I felt good. These were essentials and very important matches because our goal was be at the World Championship. Before the matches, I knew I must lead the team because there were key players injured. I tried to help as much as I can, and I'm happy,” said Pena, before commenting on the Player of the Month award.

“I’m grateful. I must feel like this when people give value for the work and performance. But I prefer collective trophies or awards above individual ones. Now, we got the qualification for the World Championship – now the main goal for next season is to be at the Olympics.” 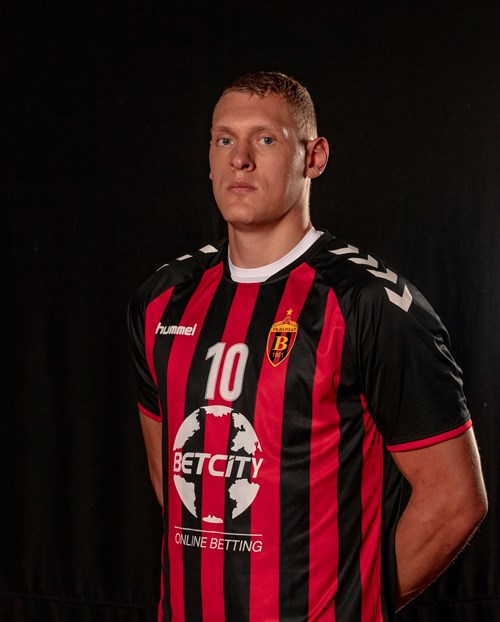 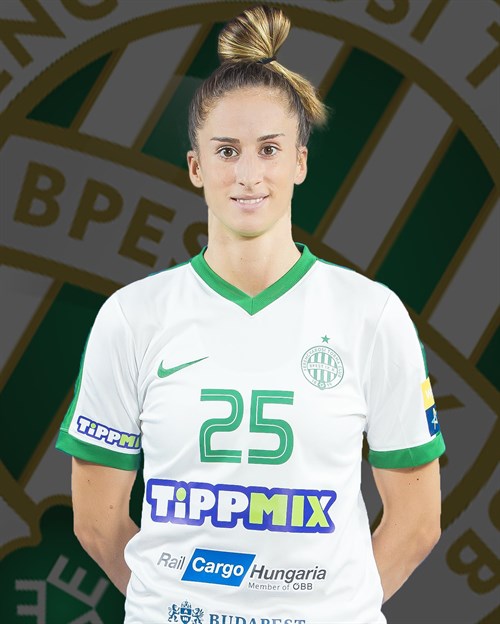