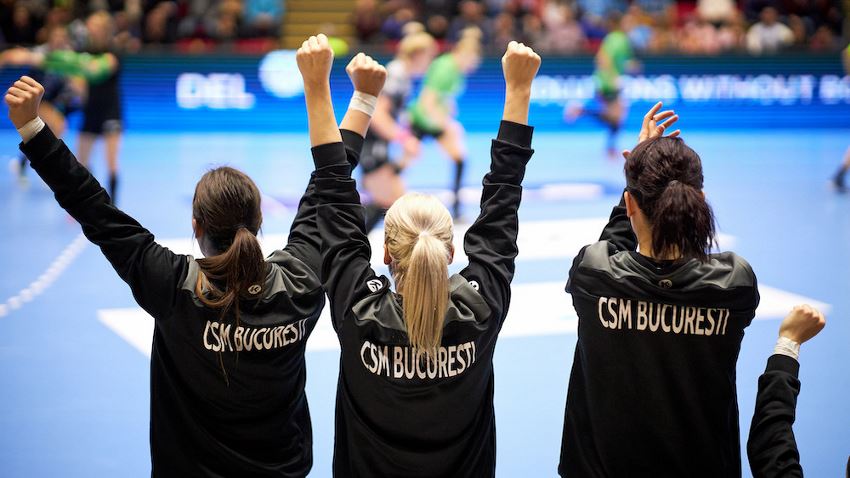 At the start of the main round, FTC-Rail Cargo Hungaria handed CSM Bucuresti their worst defeat in DELO WOMEN’S EHF Champions League history, 33:23.

On the home court on Friday night, the Romanian team took revenge, 27:24, and moved closer to the quarter-finals with their win.

In-form Cristina Neagu had scored as many as 14 goals in both previous matches for CSM, versus Metz and Vipers. Against FTC the Romanian star was less prolific, but her eight goals nevertheless played a crucial role in her team’s third straight victory.

In contrast, FTC’s young stars Katrin Klujber and Noemi Hafra missed many chances throughout the match. In the first half, it was Viktoria Lukacs who kept the visitors afloat with her five goals from five attempts.

Before the break, some good attacking work as well as Jelena Grubisic’s saves helped CSM to move the score from 12:12 to 16:13.

Early in the second half, CSM increased the gap to 20:16, but the Hungarian team were not ready to give up their last hope of reaching the quarter-final. A string of saves from Blanka Biro helped FTC to slash the gap to 23:22 in the 53rd minute.

Both teams looked nervous and made many mistakes, and three minutes from full-time, Bucharest still had just a one-goal advantage, 25:24. However, Neagu scored twice in the remaining time, while Zita Szucsanszki’s shot was saved by Grubisic, and the home team celebrated a victory.