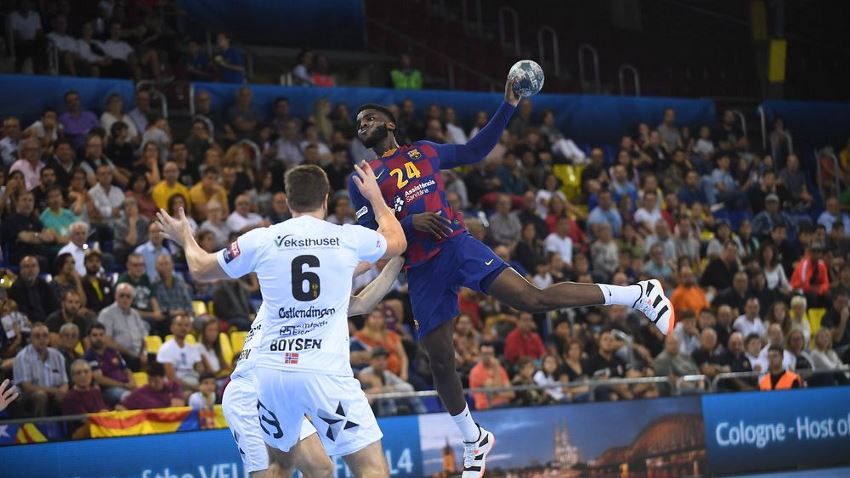 Elverum Handball never gave in, but still, they were not able to prevent Barça from taking a clear win in the end at the Palau Blaugrana on Saturday night. Apart from the first minutes, the home team were in complete control.

About a hundred Norwegian fans were supporting Elverum Handball enthusiastically in the Palau Blaugrana, and they were particularly pleased to see their heroes in the lead until 4:3. From then on, Barça took over, but Elverum were still able to hang in.

Their backs Lukas Sandell and Sebastian Henneberg, as well as young left wing Alexander Blonz, kept causing the Barça defence trouble, and the home team were never more than four goals ahead in the first half.

With Lukas Cindric providing pace and creativity, Barça increased their lead after the break, but the visitors still refused to give in. Henneberg continued to perform great as a shooter as well as a great provider of assists.

Still, even as Cindric called it a day, Barça were able to celebrate their anniversary by increasing their lead to nine at the end.

The victorious coach, Xavi Pascual was happy with the outcome, "Today it was very difficult to start the game but I think we deserved the victory. We played correctly in defence. I'm very happy with the team because our attitude is non-negotiable."