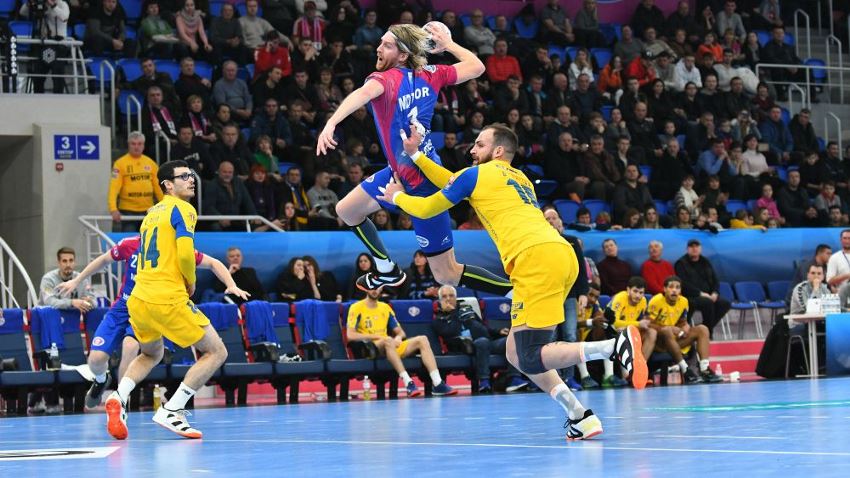 Porto’s quest for a top 4 placement in the group was quashed by Motor, who controlled the game and took advantage of Porto’s injury woes with a 33:29 win.

It was a crucial game for both sides, but for very different reasons: Porto needed the win to improve their challenge for a top 4 place in the standings, while Motor had to take the two points only to stay alive.

The two teams traded early blows, but it was Motor who had the upper hand, as their 78 per cent efficiency lifted them to a 6:3 lead. An undermanned Porto side, who only had 11 players on the sheet due to injuries to key contributors did not back down and fired from all cylinders, 8:7, knowing they had to produce a monster game to balance their lack of depth out.

But Motor continued to pound and forced Porto’s coach, Magnus Andersson, to take a time-out when the Ukrainian side was already boasting a 14:10 lead. It was Porto’s back line composed of Andre Gomes, Rui Silva Sousa and Miguel Martins who carried the load, but Motor still boasted a 19:16 lead at the break.

A 3:0 run to throw off the second half saw Porto tie the game, but ultimately their lack of solutions, highlighted even more after Daymaro Salina was sent off, was their undoing. Riding Barys Pukhouski’s hot streak, Motor engineered a 9:3 run to claim their first win since February and improve their slim chances for a Last 16 berth.

After the 33:29 win, Motor close the gap to the sixth place to five points, while Porto are still fifth, with ten points.

Motor's coach Rostislav Lanevich was understandably emotional after the big win and said: "We are very overwhelmed with emotions. After all, this is our first victory. I want to thank my guys for this game and their dedication. At the beginning of the season we got into an unpleasant situation, and only in the 10th round we managed to win. Many thanks to the rivals for this experience. Despite the fact that they didn’t have the whole roster, Porto played very well in the 7– 6 attack. But this brought even more colors to our victory."