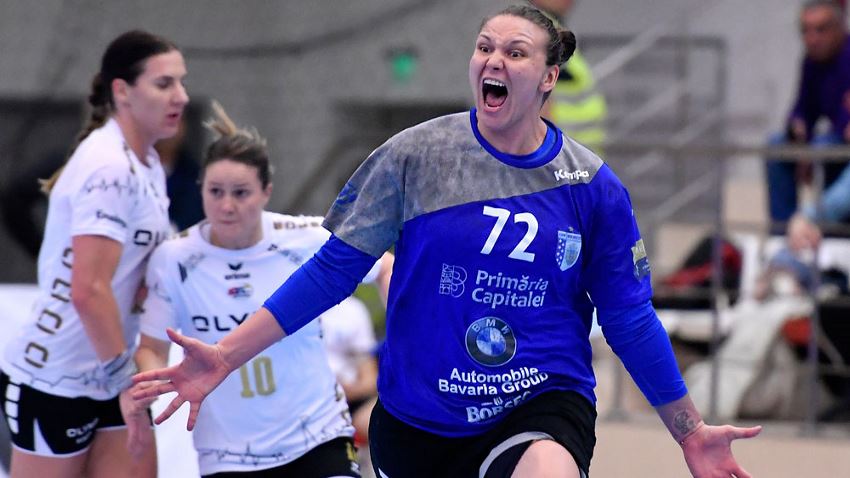 Bucuresti too much for Bietigheim

SG BBM Bietigheim knew before this match that their chances of progressing to the EHF Champions League Main Round had evaporated, but they also knew that in round 2 of the competition they had beaten CSM Bucuresti 30:28.

However the German team were unable to repeat the feat and end the competition on a high, with CSM sailing to a 32:24 win to seal their place at the top of Group D.

Buoyed by the knowledge of their previous victory against CSM - their only win of the competition - Bietigheim began the match well. Anna Loerper scored the first of her five goals inside the first minute and it was not until Cristina Neagu's goal in the fifth minute that the hosts got ahead.

The lead changed hands several times throughout the first half as Bietigheim kept attacking, but three unanswered goals by CSM in the last three minutes of the half saw the home side take the lead.

Bietigheim came out of the changing room with confidence and managed to stay in touch with CSM for the first six minutes of the second half. However a penalty goal by Neagu put the Romanian club two goals up and that was the beginning of the end for Bietigheim.

While Cristina Neagu only boasted a 41% shot efficiency, she scored five times, eclipsed only by Andrea Lekic, who managed six goals, as CSM ran riot.

There was nothing that Bietigheim could do to stop the Romanian juggernaut and CSM jumped to a 32:24 win, with their lowest total of goals recieved this season and a six-point tally to take to the main round.