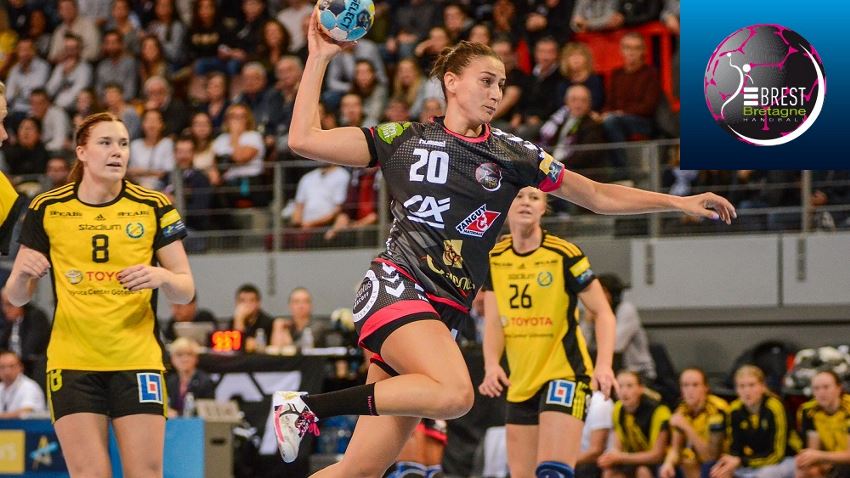 Brest target return to main round

Last season, their second in the Champions League, Brest Bretagne Handball made their debut in the main round to improve from their 2017/18 season, when the French side went out of the group matches with six straight losses.

Approaching the DELO WOMEN’S EHF Champions League 2019/20, Brest would like to do a little bit better again, without putting too much pressure on their players.

- Can we talk about a new cycle for the club?

Yes and no. Yes, because after signing many top players in the last few seasons, including the likes of Allison Pineau and Isabelle Gulldén, the staff has decided to draft players with no or hardly any Champions League experience this time. Depending less on individuals and putting more emphasis on team play might be a smart move for the club, which had to deal with some internal problems in the second part of last season.

- When might the three players on maternity leave return to the court?

After giving birth in July, Isabelle Gulldén is on her way back, though she is not expected to be playing again until mid-fall. Goalkeeper Cléopatre Darleux and centre back Elodie Le Calvé won’t return before the start of 2020. The club has meanwhile signed a third goalkeeper for the season.

- Can Brest do even better than last season?

The French side had an excellent first phase of the season, beating Sävehof twice and drawing with Kobenhavn and Rostov-Don. But everything fell apart when the players came back from the EHF EURO 2018. This time, in group C, Brest will not face powerhouses like Rostov but all four teams seem pretty close. Getting out of the group again will not be easy, according to new captain Coralie Lassource: “Buducnost, Bietigheim and Valcea are really strong European teams. We have six huge contests ahead of us and we need to win if we want to qualify for the main round.” Coach Laurent Bezeau, however, looks one step further: “We want to qualify for the quarter-finals.”

Under the spotlight: Sandra Toft

The Danish national team goalkeeper will play her first season in France. But that does not seem to be a problem for her, judged by the first matches she has played in the Brest jersey. While Toft will be the No. 1 between the posts until early 2020, it will be interesting to see how she teams up with Cléopatre Darleux once the French national player has come back.

Even if they signed some of the best players in the world in recent years, Brest have always remained grounded. And it seems like newcomers, such as Coralie Lassource, fit right in: “Playing the Champions League, as a player, is like the Holy Grail. But it also shows that the club counts in Europe. We are lucky to play the competition, we will give our best to make it worth.”

Three players pregnant at roughly the same time is not a common feat for Champions League clubs. At Brest, Isabelle Gulldén, Cléopatre Darleux and Elodie Le Calvé all missed the off-season preparation as they have just given birth to a baby (Gulldén) or are expecting one (Darleux, Le Calvé).

A post shared by Brest Bretagne Handball (@bbh_officiel) on