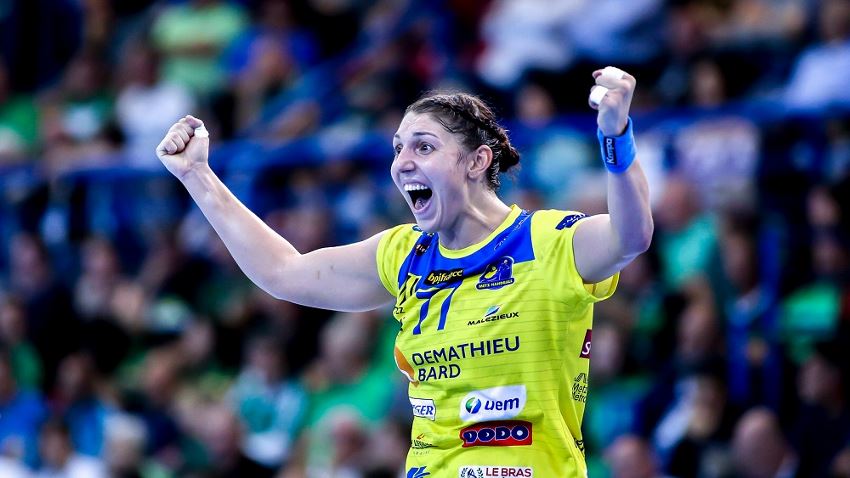 FTC wanted to bounce back from their disappointing start to the DELO WOMEN’S EHF Champions League 2019/20 last week, while Metz wanted to add a second victory.

The French side succeeded in their mission: they turned an initial four-goal deficit into a big 34:28 with a 4:0 run in the last five minutes.

Elsewhere in group A on Sunday, HC Podravka Vegeta produced a surprising upset against Vipers Kristiansand. The Croatian side produced a much-improved display in both attack and defence and held on to narrowly defeat the Norwegian champions, 25:24.

After scoring 40 goals in the first game last week, Metz had a similar efficiency in offence this time, although they were still behind by four after the opening quarter.

FTC’s Katrin Klujber seemed to score from everywhere, but there was no sign of panic among the visitors.

Metz replied with 14 goals in the remaining time of the first half for a 20:16 lead, even though they had lost Astride N’Gouan after a red card and goalkeeper Laura Glauser, who appeared to badly hurt her knee in an attempted save and needed to be stretchered off the court.

Things didn’t improve for the hosts in the second half as they only netted twice in the first 10 minutes. Metz, on the other hand, didn’t struggle much to score and reached their first seven-goal advantage when Orlane Kanor netted for 25:18 after 40 minutes.

FTC threw in everything they had in order to come back and Aniko Kovacsics netted four times in the last 10 minutes, but Metz had the game firmly in hand. 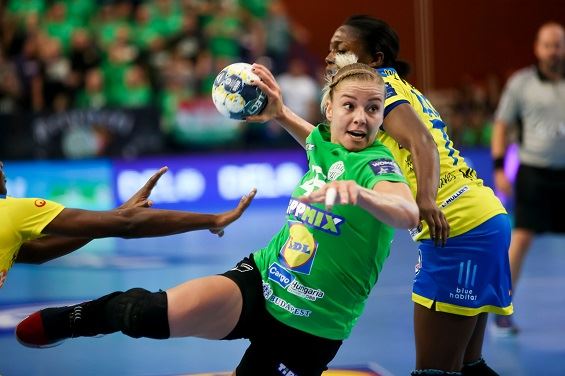 Coach Emmanuel Mayonnade was obviously “happy that we could win” but was worried about Glauser.

“I am sad because of the injury of our goalkeeper, we will see what the exact diagnose is,” he said.

His counterpart from FTC, Gabor Elek, was still proud that his team narrowed the gap from seven to just two in the second half.

“But Metz were better than us and deserve the win,” Elek said. “In our team there was only one outstanding performer again: last week Noémi Háfra, and today Katrin Klujber. But this is not enough to win, we have to improve as a team because we have a very young team.”

Podravka are seemingly able to overcome tough defeats. After conceding 40 goals last week against Metz, the Croatian side showed against Vipers Kristiansand that they are able to rebound quickly.

Defensively well-prepared, the hosts led 5:0 after the first eight minutes of the game. With a much-needed timeout for Vipers turning things around, both teams were level ten minutes later. Dejana Milosavljevic was having an impressive game, scoring six in the first half alone, and Podravka led by two at half-time.

The second half started in the same fashion as the first half for Vipers. Too many missed shots and turnovers gave Podravka the opportunity to break away again. The Croatian side proved to be effective in attack, with Tjasa Stanko showing why she is one of the most talented young players around. With sixteen minutes to play, she scored her third goal to give Podravka a four-goal advantage again. 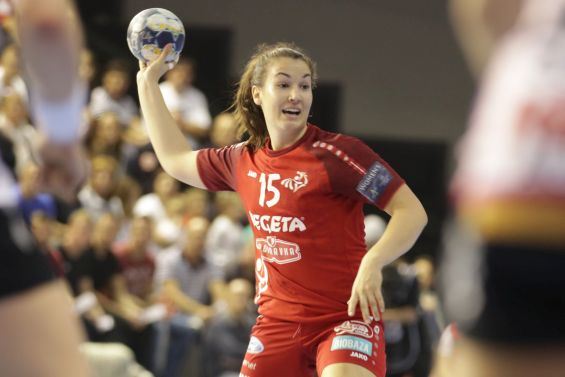 Vipers remained a threat to their opponents all the way until the final whistle, and they had the opportunity of a double powerplay. But even though the Norwegian side reduced to deficit to just one, Podravka took their first win of the season after Vipers failed to score a last-second shot.

Podravka coach Zlatko Saracevic was thrilled by the effort of his players and how they took the game to Vipers.

He said: "We were very brave. We risked a lot and gave our best against Vipers. This was Podravka Vegeta's best game played in my tenure on the bench. (The) girls gave everything they had because this is the only way you can win against team like that."