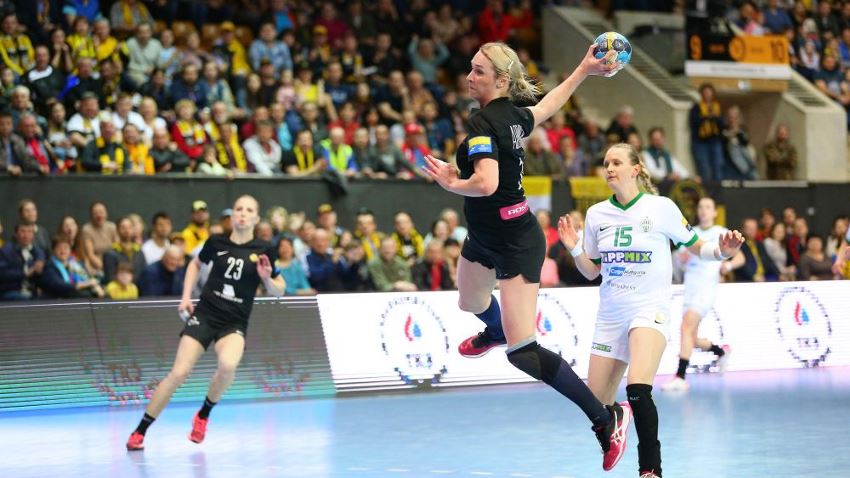 For the second straight season, Rostov-Don have reached the DELO WOMEN’S EHF FINAL4, and once again the Russian side have defeated FTC-Rail Cargo Hungaria in both legs of their Women's EHF Champions League Quarter-Final.

Following a 29:26 win in Hungary, Rostov-Don claimed an easier victory on home court, 33:22, and went through with a 14-goal aggregate victory.

Early in the match, it looked like FTC might be able to challenge Rostov-Don, as the visitors went in front by one goal on five occasions in the opening 10 minutes. However, the home side weathered the storm and began to dominate after the first quarter.

Just like a week ago, goalkeeper Anna Sedoykina made multiple saves, while the captain Iuliia Managarova performed well in attack. Besides, left back Lois Abbingh scored four penalties in the first half, helping Rostov-Don to pull clear 15:9 at the break.

The Russian side got a big boost as Anna Vyakhireva, sidelined since late January through an elbow injury, entered the game in the 23rd minute. Following elbow surgery, Vyakhireva was expected to be out for the rest of the season, but she has recovered quicker than anticipated and scored a sublime goal upon return just before half-time, which was Rostov's last of the first half.

Not yet fully fit, Vyakhireva returned to the bench in the second half as the Russian champions were fully in control of the game. They gradually increased their advantage, which reached double digits after Kristina Kozhokar’s goal in the 52th minute (27:17).

Led by Noemi Hafra, FTC reduced the gap to 28:20, but it was ultimately in vain. Rostov-Don had a strong finish and scored five goals in a row to extend their led to 33:20. FTC right wing Viktoria Lukacs scored the final goal of the match just before the buzzer, which ended 33:22 in Rostov-Don's favour.

Rostov-Don head coach Ambros Martin was pleased with his team's defensive performance. He said: "We are really happy, we are happy to go to Budapest for the second time. Today it was a team game. It is impossible to make such a team like FTC score only 22 goals, and it means we played very well in defence."

"From the very beginning our defence didn't work well. Unfortunately, we lost two of our players, we couldn't work well at all. In the second half we felt we had no effort to fight," said Noemi Hafta, FTC-Rail Cargo Hungaria left back, reflecting on her team's performance.