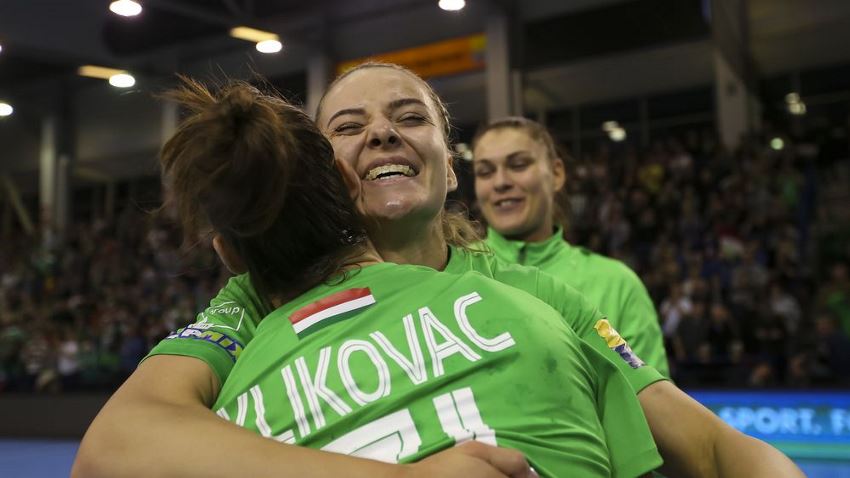 Concluding a brilliant main round campaign, which saw them earn four wins and two draws, FTC finished third in the standings in Group 2, leapfrogging CSM in the last round after their 31:27 win against Krim.

The Hungarian club will face Rostov-Don in the quarter-final phase and Krim exit before the knockout matches for the sixth year in a row.

The math was simple for FTC: win against Krim and leapfrog CSM Bucuresti in the third place of the group.

As the mission was clear, there was no shortage of will for the Hungarian side, who jumped to an 8:4 lead, as young backs Noemi Hafra and Katrin Klujber ran riot in Krim’s defence.

With the two players combining for eleven goals in the first 30 minutes, FTC jumped to a 16:11 lead that should have been enough for a win.

Indeed it was, as the Slovenian side, who were out of contention for a place in the quarter-finals since the fourth round, did not find their rhythm.

Krim could not cut the gap to fewer than three goals, as the young FTC team managed to keep their cool in the second half, thanks to a flawless effort from both Hafra and Klujber.

Ultimately, FTC earned another important win, 31:27, that saw them overcome CSM in the standings, setting up a quarter-final duel against Rostov.

“We started the game as we planned, but in the second half, we made the game really slow, which is not our style.

“I am satisfied and proud of my team and our performance in the main round. Reaching 10 points is amazing and we now prepare for Rostov,” said FTC coach Gábor Elek.