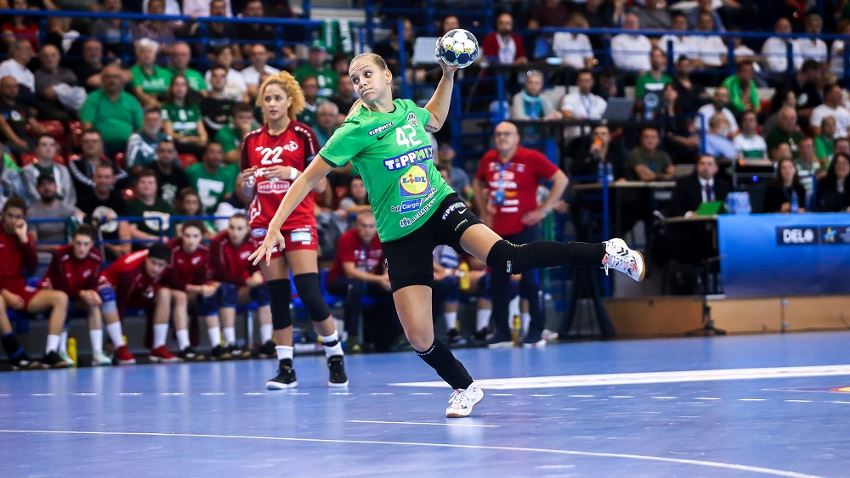 Six talking points after an intriguing round

Shattered records, an otherworldly goal difference from Györ and Rostov’s woes were on display once again in the DELO WOMEN’S EHF Champions League, as the group matches reached the midpoint last week.

Before a two-week break, let’s see what happened in the past few days in the European top competition.

We reached the midpoint of the group phase and there are still four unbeaten teams, but only two with a flawless record and six points in the standings. Györ have been cruising, beating their opponents by an average of 16.3 goals per game, while Brest Bretagne Handball have been the surprise package as their free-flowing attack handed them six points in a tough group against Buducnost, Valcea and Bietigheim. The two sides could secure a main round berth in the next round with at least one point, but there are also two other sides who can boast the unbeaten status after three games: CSM Bucuresti, who only dropped points against Rostov (23:23) in round 2, and Metz Handball, who led Vipers by eight goals but still had to settle for an astonishing 38:38 draw.

Are Rostov still a great team?

What is going on with Rostov? The Russian side came in hot as one of the big favourites in the DELO WOMEN’S EHF Champions League, but failed to win their past two games: a draw against CSM and a defeat against Esbjerg (31:26) on Saturday. Sure, Ambros Martin’s team was without star Anna Vyakhireva, who scored 12 times against CSM, but a strong team, especially last year’s finalist, does not have to rely on a single player to earn results. Their usual stable defence collapsed against Esbjerg, their attack stalled at important times during the game, while their back line looked washed up and out of form. However, the schedule is on Rostov’s side – with games against CSM and Esbjerg at home to end the group.

Group B has a surprise leader after three rounds. Yes, CSM are the roller-coaster team of the DELO WOMEN’S EHF Champions League, yet the Romanian powerhouse is without Cristina Neagu and Nora Mørk. And that can be seen in attack, where despite putting 35 past Lublin, previous games have shown their lack of creativity and speed. But the defence… it is no coincidence that the Romanian side conceded the least number of goals after three rounds – 64, one less than Györ – and never let the opponents score more than 23 goals during a game. The Crina Pintea-Linnea Torstensson pair, completed by Dragana Cvijic when one of them sits, is as good as it gets, while coach Adrian Vasile looks like someone who can relate to the players and instill them the fighting spirit needed in some difficult times. If Neagu comes back healthy and Andrea Lekic nurtures her Achilles injury, CSM are a potentially dangerous team.

Is there anyone who can stop Györ?

Is there really any side that can compete with Györ? The Hungarian powerhouse got to their 24th consecutive unbeaten game and their eighth win in a row, disposing easily of Krim, 33:21. They have the best attack in the competition, 114 goals scored after three rounds, and only 65 goals conceded, for a superb goal difference of +49, as all three opponents in the group have a negative goal difference of at least -10. Last season, Györ navigated through the competition to win the trophy while never dropping a game and it looks like they challenged themselves to do it again this time. There will be tougher opponents on the way, but for now the Hungarian side is cruising on their way into the DELO WOMEN’S EHF FINAL4 once again.

A superb comeback from Kristiansand

Kristiansand could not stop Grace Zaadi, who scored 13 goals for Metz, but got the stops they needed in the last 15 minutes to salvage a point in what could have proven to be one of their worst defeats in the DELO WOMEN’S EHF Champions League. With 20 minutes to go, Metz were leading by eight goals and looked to be cruising, yet a superb attacking performance, with only two shots missed in that span, helped Vipers come back and earn an exciting 38:38 draw. Of course, the gaps in their game are obvious and cannot be negated, but such a comeback will surely boost the spirits and at least help them start with three points in the main round. The Norwegian side showed that the loss against Podravka was more an accident than a chronic problem, as they gear up steadily for another DELO WOMEN’S EHF FINAL4 push, like they did last season. Having Heidi Loke in their ranks – 16 goals in the first three games – is also likely to help.

Another masterpiece from Klujber

Katrin Klujber broke through last season in the main round of the DELO WOMEN’S EHF Champions League, scoring 54 goals in her first eight games in the competition. A right back with a powerful shot and some quick thinking, Klujber, who is only 20 years old, is the fulcrum of FTC’s attack this season. The Hungarian right back scored 26 goals, topping the goal scorer standings, after another superb outing last Saturday when Klujber put 11 past Podravka, to help FTC secure their first win of the season, 37:31. The Hungarian side, who has been leaking goals at the other end, needs more of this from Klujber if they are to reach the main round with at least theoretical chances for aiming for their objective: a maiden berth to the DELO WOMEN’S EHF FINAL4 in Budapest, on home court.