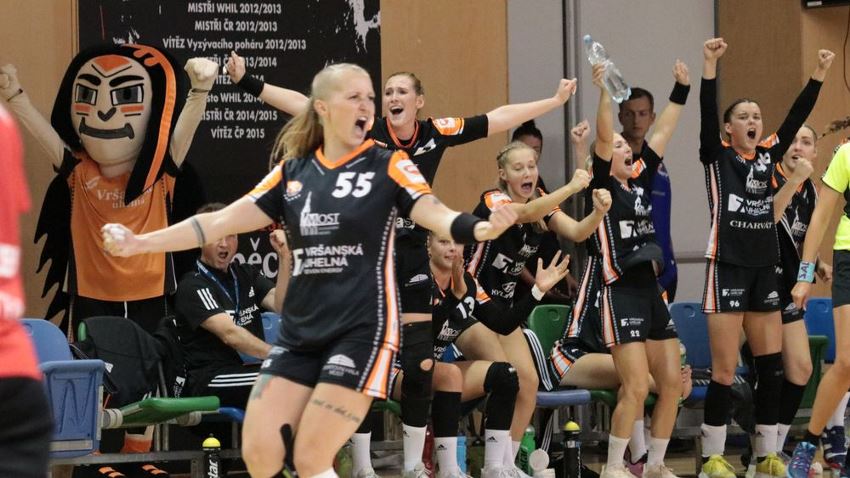 Superb Most clinch qualification for the first time

There was nothing that could stop home side DHK Banik Most as they earned their first berth in DELO WOMEN’S EHF Champions League, after two superb wins in two magnificent days on home court.

Most will now proceed to the DELO WOMEN’S EHF Champions League Group D, where they will face the title holders, Györi Audi ETO KC, RK Krim Mercator and IK Sävehof.

Previously, in the 3/4 placement match, Rocasa Gran Canaria overcame ZORK Jagodina with the kind of display they needed on Saturday, winning 27:15.

One thing was certain heading into the final, there would be a newcomer in this year’s DELO WOMEN’S EHF Champions League group matches, with both Kastamonu and Most ready to make history for their countries.

After five minutes, it looked like Kastamonu was going to pry the berth right under Most’s noses, with an impressive 5:1 run to start the game.

But a 5:1 run spurred by Lucia Mikulcik, who scored three times, saw the game turned on its head, as Most took a 7:6 lead.

Another run from a relentless Czech side took the hosts to a 14:10 lead, after 22 minutes, as victory seemed to be more and more into their grasp.

As the break came, Most held an impressive seven-goal advantage, 20:13, as a flawless attacking performance left nothing to be desired, as the packed hall cheered on the hosts.

Kastamonu tried to mount an unexpected comeback with left back Asli Iskit in fine form, including a 4:1 run that cut the gap to only three goals, 28:25, with ten minutes to spare.

Despite Kastamonu’s best efforts, Most’s attack was too powerful, with right wing Dominica Zachova scoring seven times, as the Czech side secured a 35:32 win and scenes of delight erupted.

The Czech side impressively swept the tournament and earned their very first berth for the group matches of the DELO WOMEN’S EHF Champions League.

Dominika Zachova buried a perfect 7 goals from 7 shots in @handballmost's #deloehfcl qualification final win and here are the best of her finishes! 🎯 pic.twitter.com/YXvra7n3Rx

Gran Canaria looked to be the team to watch for before the throw off of the qualifying tournament, but fell short in their first game against Most, losing by a margin of seven goals, 28:21.

There was little motivation for the Spanish side, who will continue in qualification round 3 of the Women’s EHF Cup, but they pushed aside their feelings and enjoyed a comfortable win.

Built upon a 5:2 start, the gap between the two sides was there to be seen after only ten minutes. A 5:0 run towards the end of the first half just added to the difference, 15:7, with line player Haridian Rodriguez Hernandez unstoppable with four goals in the opening period.

The Spanish champions showed no intention of stopping in the second half as they scored at will to widen the gap to 21:10 after 45 minutes.