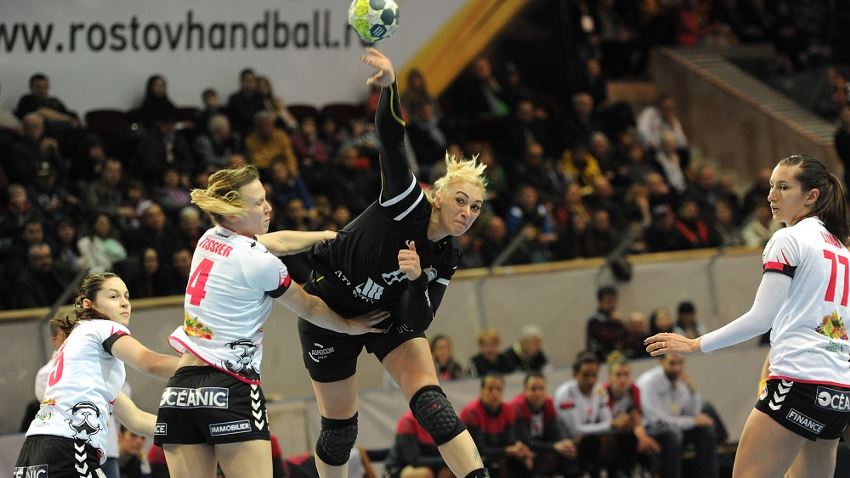 Sen: "We have beaten them all in the past so there is no fear"

Rostov’s Anna Sen was on maternity leave during most of the current season, but came back on court in April, just two months after giving birth to her son, Mark.

The left back already helped her team claim the Russian league title, and she now hopes to win the Women’s EHF FINAL4.

“Rostov and I personally have reached the FINAL4 for the first time ever, but we are maximalists,” the 27-year-old Russian international tells ehfCL.com. “Our goal is to lift the trophy. All teams who are still in the competition have more or less the same level. We have beaten all of them in the past, so there’s no fear.”

Last week, Rostov claimed their second straight domestic championship, defeating Lada Togliatti in the final series. But they did not have much time to celebrate as the team prepare for the showdown in Budapest, where they will face Vardar in the second semi-final on Saturday at 18:00 hrs (live on ehfTV.com).

“Vardar are a good, experienced and well-balanced team, who reach the FINAL4 every year. We need to prepare tactically, and I think our advantage is our better physical condition. Our team had more competitive games recently so we have a better rhythm, and we need to capitalise on that,” Sen says.

Back in shape after pregnancy

For Sen personally, improving her physical conditions has been the main goal recently since giving birth to her son on 18 February.

“Everyone says that I did the impossible by coming back so soon,” she says. “But I don’t think I am at 100 per cent yet. Still I am working hard, and while my teammates have one training session per day, I have two. I hardly have any excess weight left, and our conditioning coach says that I’m at 80 per cent of my best physical shape, which makes me happy.” 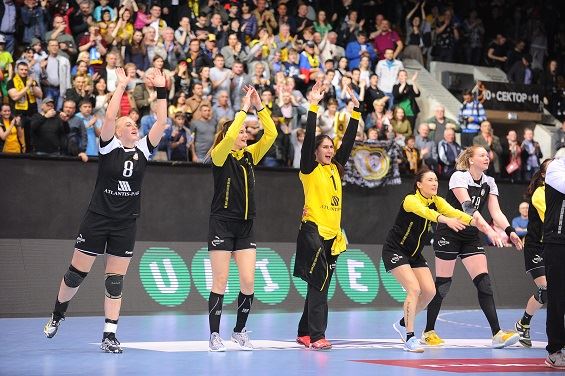 Sen was committed to return to handball already this season, and her comeback took place during the EHF Champions League Quarter-final game against FTC.

“Our coach, Fred Bougeant, made me a great present by giving a chance to play in that game,” she says. “I was committed to come back this season because I wanted to play in the FINAL4. Such events may happen just once in your lifetime, just like the Olympics, and you never know if you will get another chance.”

Sen is glad that maternity does not interfere with her handball routine too much.

“When I play away matches, my husband Dmitry stays with the baby,” she says. “But he is also a handball player, and when I go to Budapest for the FINAL4, he will have games as well, so grandmother will come and look after little Mark. Our kid is pretty quiet, and thanks God he doesn’t cause many problems.”

In the last two years, the star-studded Rostov were determined to reach the FINAL4 but failed both times. In the 2015/16 season, they lost twice to CSM Bucuresti in the quarter-final, and last season they crashed out in the group phase - but went on to win the EHF Cup.

Sen has her own explanation for those setbacks.

“Two years ago, we were a bit unlucky. Also, our physical condition at the end of the season was poor, so we also lost the Russian title to Astrakhanochka,” she says. “And last season… I keep saying that our coach Jan Leslie did not trust the best players. Luckily he was replaced by Fred Bougeant in the winter, and the team quickly improved and won the EHF Cup.” 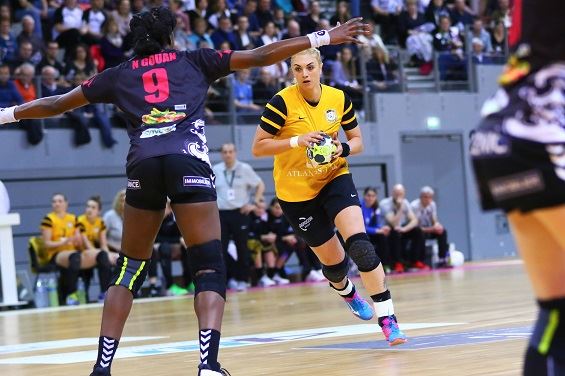 But Bougeant is also set to leave in summer as he will be replaced by Ambros Martin, who is now at the helm of Györ, Sen’s former club.

“I have a good opinion about Fred, he is a good coach and a nice person, and we have always got along,” she says. “But on the other hand, I worked with Ambros at Györ, and he is one of my favourite coaches, so I’m looking forward to meeting him again.”

Anna stayed at Gyor for just one season, in 2014/15, and has not yet played against the Hungarian powerhouse since her comeback to Rostov.

“We faced Györ last season, but Jan Leslie didn’t put me in the roster. And this season, I missed the matches because I was pregnant. Now I would certainly like to play against my former team – preferably in the final match,” she says.

But being mother of a little baby gives Sen more happiness than any handball trophy could do: “Those are incomparable things. When you become a mother, it is much more than even an Olympic title.”