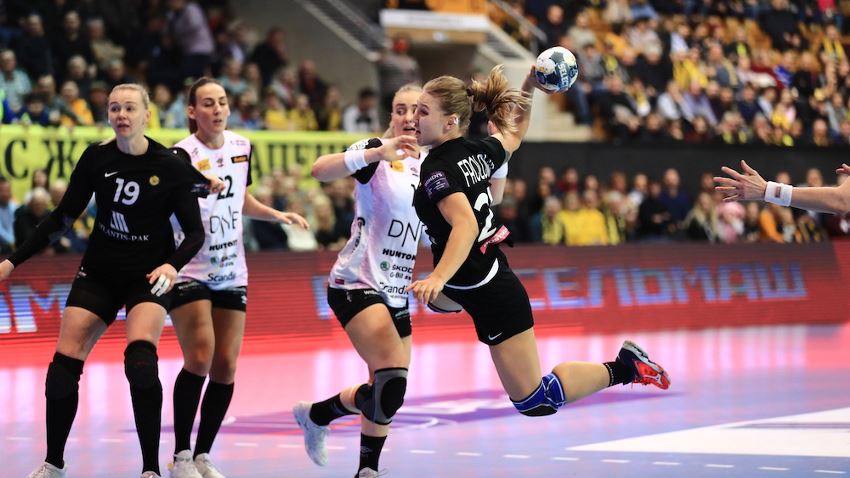 On Saturday, Rostov-Don will host Metz Handball in the DELO WOMEN’S EHF Champions League Match of the Week. The Russian team’s centre back Yaroslava Frolova is looking forward to the clash of group 1 leaders, who are now level on nine points.

“It’s a very important game, and I think it will be very tough and competitive. Metz are strong opponents, but we are getting ready for the match and hope to show our best performance,” the 22-year-old told ehfcl.com.

Four weeks ago, Rostov lost 23:20 at Metz in the opening match of the main round. Despite the loss, it was a special game for Frolova – the match marked her debut in the continental top flight, after moving from domestic rivals Kuban Krasnodar in early January.

“It was a new level for me, so I was nervous and felt a lot of responsibility. But I think I managed to avoid bad mistakes and help the team as much as I could, even though we lost,” Yaroslava recalls.

In fact, she was Rostov’s second top scorer in that match, with five goals. In the following game, against Vipers Kristiansand (33:26), Frolova was her team’s joint top scorer with seven goals.

“I’ve adjusted quite easily, as I knew Ambros Martin and many players from the national team, and they help me a lot,” she says, referring to the fact that the Rostov coach also leads Russia.

“Communication with Ambros? I don’t really speak English, but I understand everything. As for speaking, I still have some mental block, but I hope to get rid of it soon.” 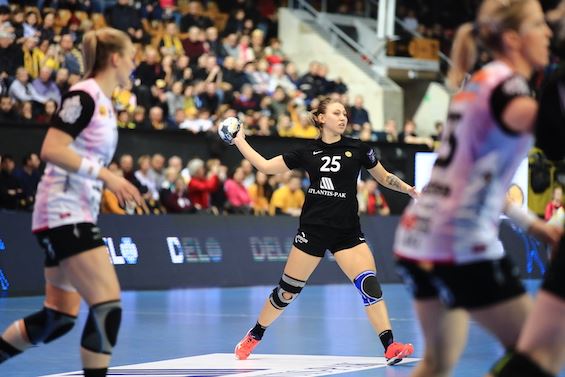 Against Metz and Vipers, Rostov had to play without their leader Anna Vyakhireva, who was sidelined through an illness. In the away match at FTC-Rail Cargo Hungaria, Vyakhireva made her return and helped her side claim a 35:31 victory, but Frolova had to miss that game.

“I flew with the team to Hungary, but felt unwell as I caught a cold. I am yet to play together with Vyakhireva in the Champions League, but I hope it will work now against Metz,” she said.

Alongside Vyakhireva and a number of other Rostov players, Frolova was a part of the Russia national team that won bronze at the 2019 World Championship last December.

However, Martin did not talk to her about a possible move to Rostov during the tournament in Japan.

“He called me later, when I was back in Krasnodar. It was so unexpected. I didn’t want to give up Kuban midway through the season, and I was sure they would not let me go,” the player says.

“But then Evgenii Trefilov came up to me at a training and said that he didn’t mind my leaving in January, so I agreed to the move. Everything was decided so quickly, during just 10 days before the New Year.”

Rostov has a number of quality centre backs, such as Irina Nikitina, Milana Tazhenova and Viktoriya Borshchenko. In addition, current Metz playmaker Grace Zaadi will join the Russian team next season. However, Frolova is not afraid of competition.

“There is no progress without competition. It makes you work harder and prove that you deserve to play,” she says.

Born in Volgograd, Yaroslava started to play handball at the age of five thanks to her mother, who was a handball coach.

“I also did taekwondo, swimming and tennis, but no other sport attracted me so much as handball did,” she says. As a child, Frolova even liked to play as a goalkeeper:

“The coaches put me in different positions, and I really enjoyed stopping the ball. I think I did it quite well. But then for some reason I had a break, and after that, I started to feel uncomfortable in goal.”

As a 16-year-old, the Russian player started her professional career at Dinamo-Sinara Volgograd before moving to Kuban in 2017. Joining Rostov was another step forward in her career.

Now she hopes to stay there for a long time and win a lot of trophies.

“I don’t really want to move abroad. I prefer to play in my home country, and Rostov is the best club in Russia,” says Frolova.

“When I talked to Martin about my transfer, he said that he wanted me to help the team notably in the Champions League, and we are really determined to reach the EHF FINAL4 and then win the trophy this season.”