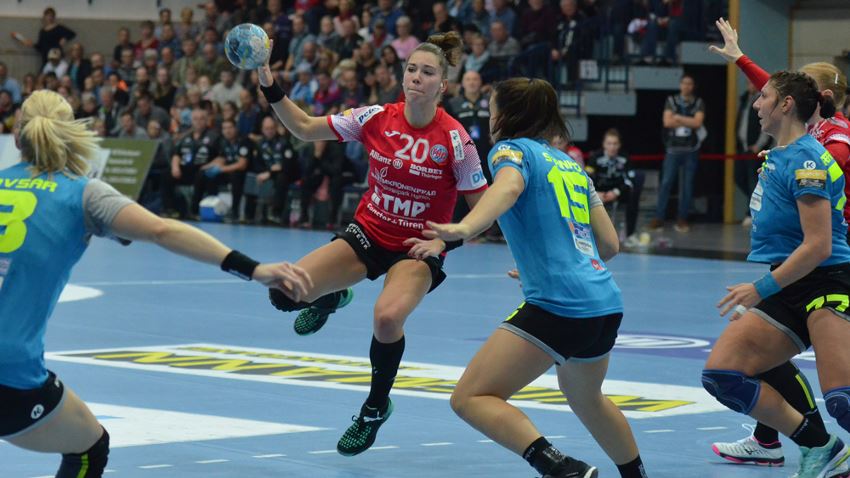 Herbert Müller’s Thüringer HC squad did not have an easy task. They could not let Krim win in Germany.

They managed to do it by drawing the match and with their great performance in the second half, they managed to collect three points after six rounds of matches. When Györ went on to comfortably beat HC Podravka Vegeta, the draw was enough to see THC through to the next phase of the EHF Champions League.

The organisers could put the “sold out” signage on the doors of Weidigsburghalle early as the two sides were welcomed by jam-packed stands.

The German champions seemed to have all the pressure on their shoulders in the beginning, but, led by Krisztina Triscsuk, who scored three in the first half, THC took the initiative although Krim stayed calm and slowly started to manage the game thanks mostly to the goals from Lamprini Tsakalou and Tjasa Stanko.

With their great performances, the Slovenian club went into half-time with an uncommon 70% attack efficiency and led by two (16:14).

After an unfortunate collision early in the second half, the match had to be stopped for many minutes as Triscsuk, who appeared to land awkwardly on her ankle, received lengthy treatment on court and could not return.

The difference did not change significantly until the last few minutes as Krim always had an answer to THC’s goals.

However, like a phoenix rising from the ashes, they managed to grab one point at home after they lost in the first four rounds and finished group C with three points for wild celebrations at their end, although they will all be watching the final match of the group as Győri Audi ETO KC play against the other three-point team, Podravka Vegeta later today.

“It was a very close match,” said Uros Bregar, Krim’s coach. “It was a great atmosphere and the draw was the fairest outcome today as both teams fought to the brink and delivered a fast and intense game.”

Thüringer HC Coach Herbert Müller managed to catch his breath at the final buzzer. “It was literally a heart-stopping final today as we fought to the last minute and never gave up.

“It took until the last minute until we made the draw, but we made it and always believed in it. I rarely praise a player, but today we needed a shooter and we had them in Saskia Lang - her goals have brought us into the main round.

“Finally, I wish Krisztina a speedy recovery and hope that the injury is not too difficult for her.”

Only six minutes after the start, Podravka coach Nenad Smiljanec had to call a timeout as Györ had already scored six goals and set the pace up high.

ETO's defensive wall was diamond-hard and thanks to a great performance by Eva Kiss, Podravka had a goalless period of six minutes.

With their future in the EHF Champions League at stake, Podravka changed in their third goalkeeper just before half-time.

However with Kari Grimsbø between the Györ posts, the hosts started the second half with three quick goals which decided the match as the difference increased to 11. Podravka's fans had to wait 12 minutes until their side scored again.

Györ conceded only eight goals in the second half, but scored 20 to secure their unbeaten record in the group matches. They finish with 12 points, the highest-scoring team of all groups, while Podravka drop out.

With these two points, Györ decided the question of the round and Thüringer HC will join Krim to continue in the EHF Champions League. 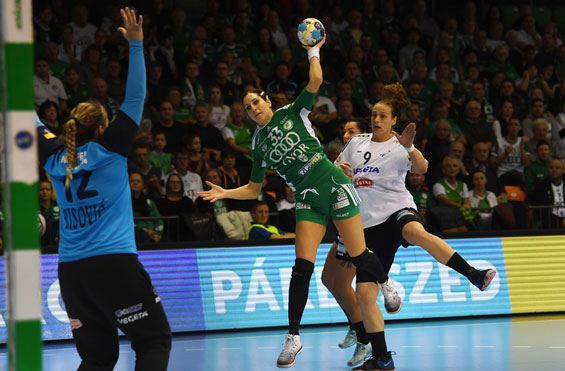