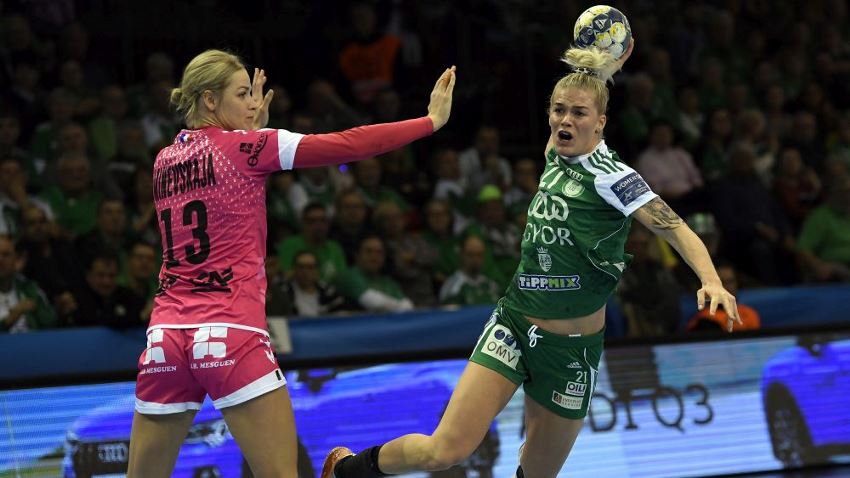 In the battle between two of the unbeaten sides in the competition, Györ needed to put on their best efforts to salvage a draw against Brest, 27:27, after a spectacular game from the French side

There could be only one.

As Györ and Brest were the only sides who swept their opponents in the group phase, at least one of them, if not both, would lose that record after the mutual encounter.

It was a battle between the top two attacks in the DELO WOMEN’S EHF Champions League, as the two sides were the only ones who scored at least 200 goals in the first six games.

Surprisingly, it was Brest who started better and shocked Györ, taking an early 8:3 lead, with the Hungarian defence stunned by Brest’s pair of right backs, Ana Gros and Monika Kobylinska, who scored nine goals between them in the first half.

For the first time this season, Györ were playing catch-up, as their 31-game unbeaten streak in the DELO WOMEN’S EHF Champions League was seriously under threat.

WOW! Just when it looks like the attack is over, Ana Gros pulls off a superb assist to help maintain the lead for @BrestBretagne in today's #deloehfcl action! 💥 pic.twitter.com/v3Vmu8mfzn

As playmaker Stine Oftedal and left back Eduarda Amorim were neutralised by Brest’s defence, Györ relied on left back Veronica Kristiansen, as a 5:2 run for Györ brought back the Hungarian champions into the game, 14:12.

With a two-goal cushion at the break, 17:15, Brest were ready to take on the challenge in the second half, but soon enough, Györ tied the game, 19:19, after a goal from Amorim. But Brest bounced back.

While Gros may have been contained, this opened up new ways for the French side to score, jumping again to a 21:19 lead.

It was Brest’s game to lose from that moment and the French side really looked like they had it in the bag. But the experience and home advantage played in Györ’s favour.

Left back Anne Mette Hansen scored the tying goal, 27:27, with a minute to spare and both defences did their job to preserve both teams’ unbeaten status this season.