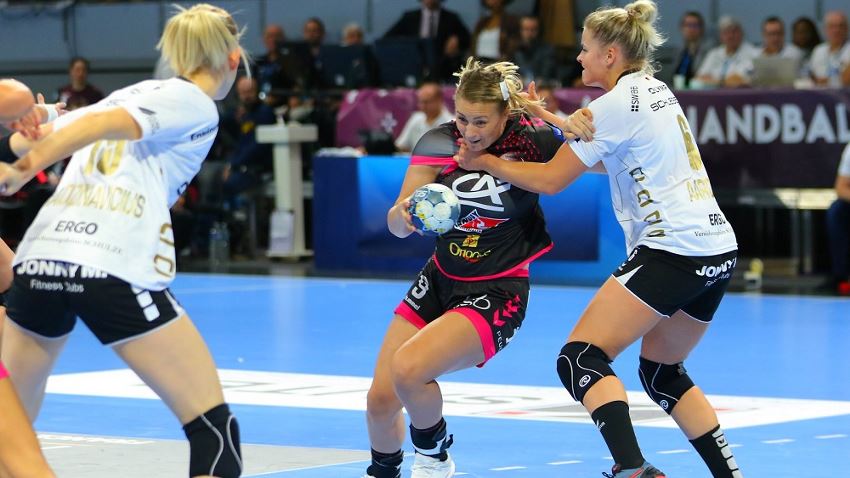 Isabelle Gulldén has only played a few matches for Brest Bretagne Handball since her comeback to the handball courts after giving birth to her son on 9 July.

Still, she feels her form is rapidly returning.

“Of course, it has been hard to come back, but I feel it is getting better every day and every training session,” the Swedish standout says. “It is obvious that I am still missing something in terms of speed and timing, but I feel that I am on my way back to where I was before I went on maternity leave.”

After making her first minutes in the season’s DELO WOMEN’S EHF Champions League against SG BBM Bietigheim (36:30) last Saturday, Gulldén will return to the court for Brest's home match against Buducnost on Sunday at 15:00 CET (live on ehftV.com).

Comeback has come just in time

The 30-year-old versatile backcourt player is in her second season with Brest Bretagne Handball, after joining the French side from CSM Bucuresti in 2018.

Before leaving Romania, she became honorary citizen of Bucharest - mainly because of those 15 goals of her which played a crucial part in CSM’s 29:26 win in the Champions League final against Györi Audi ETO KC in 2016.

Her comeback to the courts has come just in time to earn her a nomination for the Swedish national team squad for the World Championship in Japan next month.

Comebacks from big players are something to be celebrated 😃 In round 4, Isabelle Gullden made her return against Bietigheim after welcoming her son in July. @CrisNeagu8 made her first appearance after her cruciate rupture. Welcome back ladies! 🥳 #deloehfcl #ehfcl pic.twitter.com/TAoLl9hMrs

For now, however, Gulldén’s focus will be on further improving with Brest. From going out after the group matches in their maiden season 2017/18, Brest took the next step and made it to the main round in 2019/20.

Their start to the 2019/20, with four wins from as many matches in group C, has already earned Brest a place in the main round again.

“We have a deeper squad than before”

But the ambitions don’t stop here.

“We have a deeper squad than before, and a group of players who work together very well,” says Gulldén. “Furthermore, we play a kind of handball, which appears to be too hard for our opponents to read.”

Also in the French domestic league, Brest are the current No. 1 - after defeating archrivals Metz Handball, who have been edging Brest for the French championship each time in recent years.

“Yes, we still suffer from some lack of stability,” Gulldén says. “I still think it is too early to predict if this will be the year where we finally take the championship from Metz. We will have to take one match at a time, and there is still a lot of matches left of the season.”

Too early for dreaming big

Still, Brest’s successful season start allows for dreaming big and Gulldén’s Danish teammate, goalkeeper Sandra Toft, has made no secret of her ambition to reach the DELO WOMEN´S EHF FINAL4 with her new French team.

For Gulldén, it’s too early for that.

“Just like in the domestic league, I think we must still take one match at a time,” she says.

“This weekend, we have a home game against Buducnost, which is crucial in terms of taking as many points as possible with us to the main round,” she adds. “After the group matches, we can focus on the main round and see, how far we can get there. There will still be some strong opponents waiting for us.” 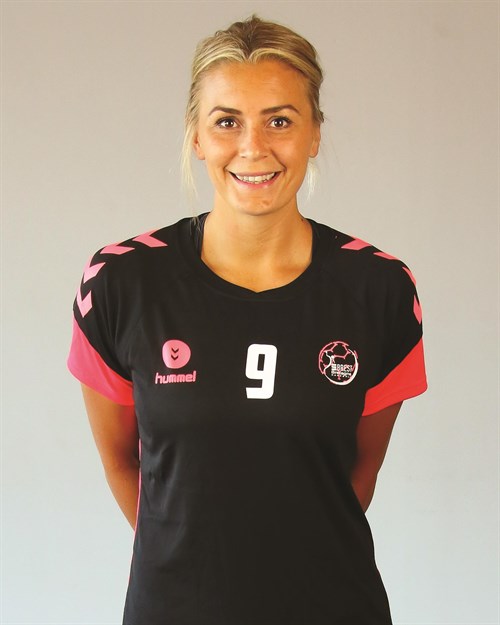