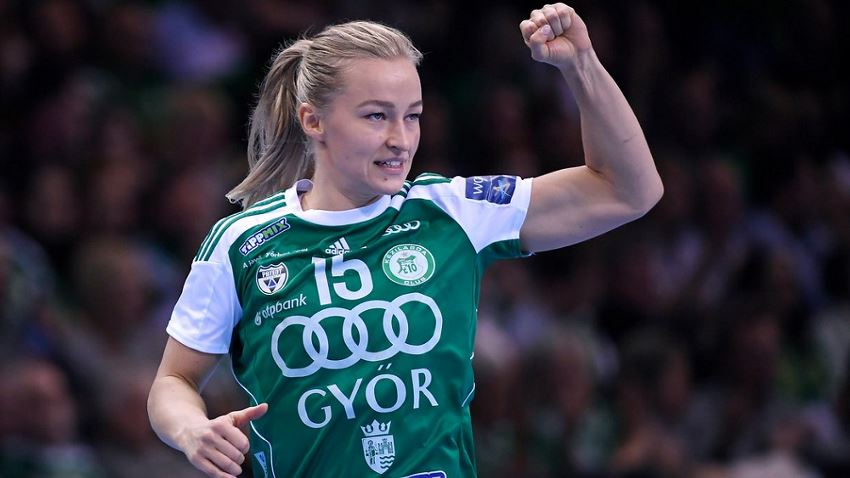 Five talking points to wrap up a scintillating round

Six teams secured their main round berths after last week’s round 4 in the DELO WOMEN’S EHF Champions League. But six places are still up for grabs and we are looking for the likely candidates to go through.

However, the headline of the round was Cristina Neagu’s comeback, while Györ’s 29-game unbeaten streak begs the question: who can stop them?

How can Neagu help CSM?

It took 326 days for Cristina Neagu to recover from a torn ACL. It was the third major injury that Neagu suffered during her illustrious career, but each time she vowed to come back stronger. The 31-year-old CSM left back had a roller-coaster road back to the court, yet the game against Lublin was the perfect one to attempt a successful comeback. Lublin were thoroughly beaten two weeks ago by CSM (35:19) and offered the perfect occasion for Neagu to be ushered back into the fold slowly and at her own pace. The Romanian back threw off the season with four goals, but patience will be key and it might take a time before she will be back at 100 per cent. Will Neagu be enough to help the embattled CSM attack to finally click in the main round?

Six teams – Metz, CSM, Rostov, Brest, Buducnost and Györ – are already through to the main round, therefore there are still six places up for grabs for the next phase as no side is out of contention up until now. Esbjerg need only one point to proceed, while SCM Ramnicu Valcea could secure their berth next week if they take a point against Bietigheim. Things are more complicated in group D, where Most and Sävehof have three points each, with Krim only one point behind and their double-header with Györ out of the way. Moving on to group A, Vipers are on a three-game winless streak and will face FTC-Rail Cargo Hungaria next week in a game that will see the winner secure safe passage to the next round, provided that Metz win against Podravka. Is there any room for surprises, with a team that usually qualifies to the main round to fail this time?

Is there anyone who can stop Györ?

Györ’s last loss in the Champions League came in January 2018, when CSM Bucuresti beat the Hungarian powerhouse on their home court, 28:22. From that moment, Györ won two trophies and established an otherworldly 29-game unbeaten run that featured 27 wins and only two draws, both against domestic rivals FTC Rail-Cargo Hungaria in last year’s main round. Gabor Danyi’s side navigated through injuries, personnel changes and difficult moments to create a record-breaking streak, that eclipsed Buducnost’s own 22-games unbeaten streak or Krim’s 16-games unbeaten run. With games against Most and Sävehof next and a main round with Buducnost, Brest and either Valcea or Bietigheim, is there anyone who can stop the Hungarian juggernaut to complete their second consecutive unbeaten season?

Who else would you expect to deliver for @BBH_Officiel in the #deloehfcl but Ana Gros? The right back scored 9 goals in the first half vs @sgbbm and here are the best of them! 👏 #ehfcl #BBRBIE pic.twitter.com/B7AKbCnz7E

Heidi Løke, Anita Görbicz, Cristina Neagu, Bella Gulldén and Linn Jørum Sulland are the only active players in the current edition of the DELO WOMEN’S EHF Champions League to have won the top goal scorer award. There might well be a new player leading the pack this season. While Görbicz and Neagu only scored their first goals coming back from injury and Gulldén returned from maternity leave this round, Løke (19 goals) and Sulland (11 goals) are far behind in the standings after four rounds. There are three players currently tied at 31 goals at the top: FTC’s Katrin Klujber, Podravka’s Dejana Milosavljevic and Buducnost’s Jovanka Radicevic, with Brest’s Slovenian right back Ana Gros close behind on 30 after her 12-goal outing against Bietigheim. There will be questions marks for all of them, as playing in the DELO WOMEN’S EHF FINAL 4 means that players can feature in two more games, therefore the top goal scorer title still seems up for grabs.

The French women’s national team won both the EHF EURO and the World Championship in the past two seasons, but their dominance has hardly been translated to the DELO WOIMEN’S EHF Champions League. Metz did reach the DELO WOMEN’S EHF FINAL 4 for the first time last season, but were too inexperienced and finished fourth. But this season, Metz as well as Brest Bretagne Handball are still unbeaten and top their groups, having already securing safe passage to the main round. While Metz’s results are expected, Brest have become the surprise package of the competition so far. The French side won only two games in the past two seasons but is currently on a record four-game winning run, which they will look to improve next week against Buducnost. Moreover, Brest ushered back Bella Gulldén in their fold, after the charismatic Swedish playmaker came back from maternity leave. If they can produce the same superb attacking performance – an average of 35.75 goals scored per game – they will surely wreak havoc once again in the Montenegrin defence. It might be farfetched, but if Metz and Brest can keep up the tempo, we could have a DELO WOMEN’S EHF FINAL 4 with two French teams.