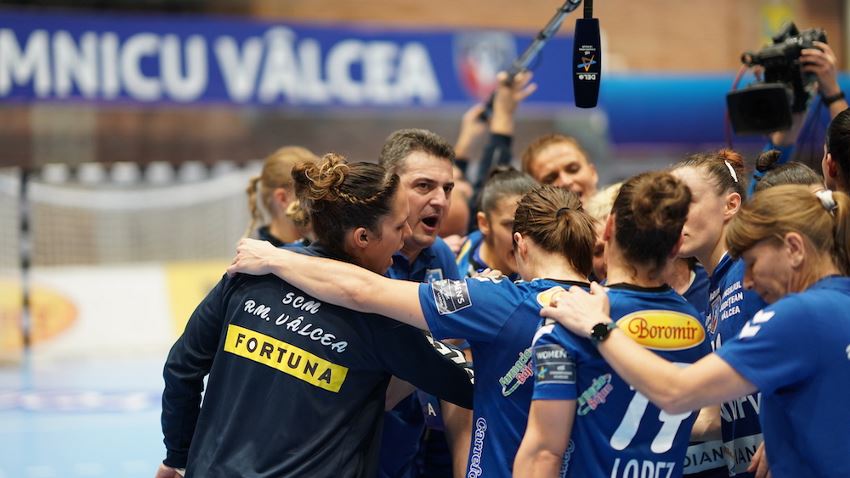 A new experience for Valcea

SCM Ramnicu Valcea’s comeback to the DELO WOMEN’S EHF Champions League has been a true rollercoaster from start to finish.

The Romanian side emerged as surprise domestic champions last May, after standing their ground ahead of powerhouse CSM Bucuresti, and have since shapeshifted their roster, trying to add more experience and depth.

The 34:27 win against Bietigheim to throw off the season was superb and Valcea were seen as a dark horse, but a stern 37:24 defeat at the hands of Brest quickly had the Romanian side back with both feet on the ground.

Injuries, a tough schedule and lack of experience have added to Valcea’s woes, as they are currently on a four-game losing streak, with a showdown against unbeaten Brest to come on Saturday.

“Apart from the game against Brest, which we lost heavily, I am quite pleased with the outcome of our results thus far,” says Valcea coach Florentin Pera, himself in his first season in the premium European competition.

There were seven new players brought to Valcea this summer, with Marta Batinovic, Asma Elghaoui, Ann Grete Nørgaard and Kristina Liscevic replacing a core of Romanian players to bring more experience into a roster of players who had mostly never played in the EHF Champions League.

Chemistry is key for a team in the DELO WOMEN’S EHF Champions League and Valcea are lacking some of it, as displayed in their home game against Buducnost in round 4.

“We had one of the toughest groups in the competition, we could not think about ourselves like a team that was likely to contend when we played a friendly tournament in the summer against Brest and Buducnost,” says 39-year-old Pera. “But we really played well and showed that we can be a hard team to beat.” 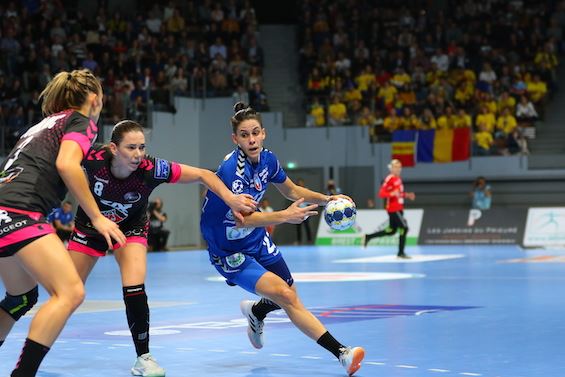 During the Oltchim era, the “Traian” Arena was a place that a visiting team could hardly get any points, with home form key in securing a place for the next phase of the competition. Valcea tried to emulate Oltchim’s antics from the past, but a couple of misses, costly turnovers in key moments and misunderstandings in attack left the Romanian side emptyhanded against Buducnost, as the Montenegrin side took a narrow 21:20 win.

“We missed a lot and, on the top of that, we had some injuries that hampered our progress. I think we missed 10 one-on-one shots during each game, so that stings a bit,” says Pera.

A quarter-final berth? Possible for Pera

Yet the current season has not derailed Valcea’s plans to be back among the elite.

The Romanian side have not missed progressing to the main round in any season they have played since the EHF Champions League changed its format. The eyes are, in the medium- and long-term, on a DELO WOMEN’S EHF FINAL4 berth.

The team, in its current incarnation, needs a makeover and Pera is the first to acknowledge that.

“We had already brought in a Serbian player, Jelena Trifunovic, who can be a defensive stalwart. Valcea are currently trying to add another player during this break, so everything can tick better,” says Pera.

The key focus now is not to lose against Brest in the final game of the group phase. The Romanian champions also need Bietigheim not to better their result in order to progress to the main round.

“The future? It might be a paradox, but I think that we gained some experience and the main round can be easier for us. Time will tell if I am right and if we can even progress to the quarter-finals. It would be awesome,” concludes Pera.