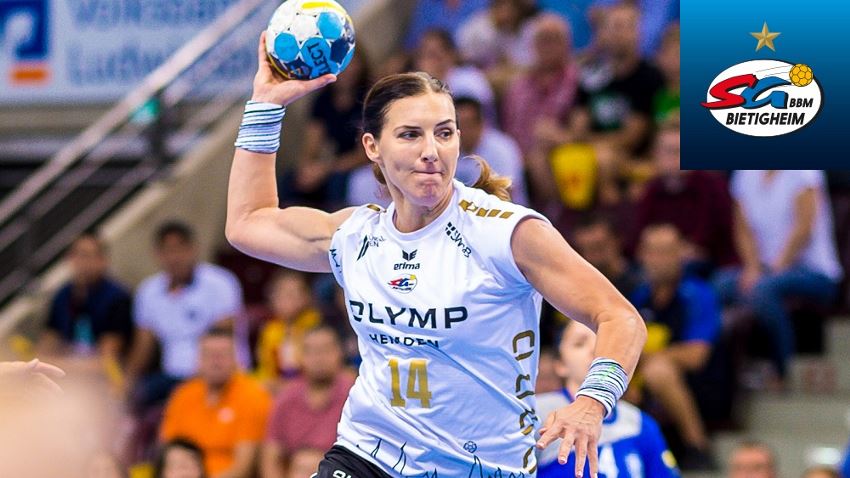 SG BBM Bietigheim can focus on their Champions League duties again after winning the closest race ever to the German Bundesliga title last season. Bietigheim and Thüringer HC both finished on 50 points (25 victories, one defeat) but the goal difference was in favour of Bietigheim (+233 vs +204).

It allows the club to try to improve from last season’s appearance in the Champions League, when they won the qualification tournament but went out after the group matches.

Reaching the main round of the DELO WOMEN'S EHF Champions League 2019/20 would be a proper way to say goodbye to coach Martin Albertsen, who will leave Bietigheim after 4 1/2 seasons to become director of the Swiss women’s handball academy - alongside his job as national team coach of Switzerland.

- Will Bietigheim make it to main round for the second time after 2017/18?

The big advantage of Bietigheim is that the squad has hardly changed. Right wing and Swedish international Daniela Gustin has been replaced by young German prospect Amelie Berger, and Norwegian player Maren Nyland Aardahl will strengthen the defence, but the rest of the squad is the same like last year. This well-attuned team is capable of winning any group match: Valcea and Brest are new to them, Buducnost are familiar. A key factor will be the injury situation: in the 2018/19 season many leading players were out for a long time. If the core of the team remains fit, the main round should be within reach.

- What impact will the departure of Martin Albertsen have?

It is definitely rather a motivation than a setback. Albertsen has announced his future plans early, so the whole club can cope with the situation. The players are highly motivated to gift their coach two domestic trophies and a step ahead in the DELO WOMEN’S EHF Champions League in his outgoing season. Still open is the question who will succeed the successful Danish coach.

- What will be the key positions for Bietigheim?

Germany’s No. 1 goalkeeper Dinah Eckerle has constantly improved thanks to playing Champions League in the last six seasons. She is a cornerstone for the team, alongside the tall middle block of Luisa Schulze, Kim Naidzinavicius and Maren Nyland Aardahl. While the efficiency from the wing positions has been too low sometimes, the back court axis is a true asset, with Polish record international Karolina Kudlacz-Gloc, Naidzinavicius and the highly experienced Dutch duo of Maura Visser and Laura van der Heijden. Another strong weapon is the counter-attack prowess of Antje Lauenroth.

Under the spotlight: Kim Naidzinavicius

Twice in a row the team captain of Bietigheim and the German national team missed a major championship: in 2017 the centre back tore an ACL in the opening match of her home World Championship and was out for nine months, and in 2018 she suffered another knee injury in Bietigheim’s last group match of the Champions League and missed the EHF EURO 2018 in France. Meanwhile, the 2008 Under-20 world champion is back to her best. Even if Naidzinavicius has many experienced top-class players next to her, the 28-year-old playmaker will be the hub of Bietigheim’s attack.

“We have tough matches ahead, but we are ready to take the next step and will try to challenge all our opponents in the best possible way,” says Kim Naidzinavicius, adding: “It is great to have another opportunity to be part of the top flight competition again.”

In Germany, Bietigheim will fight for league and cup title - after already winning the Super Cup. In Europe, reaching the main round of the DELO WOMEN’S EHF Champions League is the one and only target. “We are looking forward to facing experienced sides such as Buducnost and Valcea and the uprising team of Brest. Being a very ambitious club we want to grow as a brand both on the domestic and international stage and develop our team to reach the DELO EHF FINAL4 in the long run,” says manager Gerrit Winnen.

Both at their club Bietigheim and in the German national team, line player Luisa Schulze (1.90 metres) and right wing Amelie Berger (1.60) are the tallest and the smallest player.

A post shared by SG BBM Bietigheim Frauen (@sgbbmbietigheimfrauen) on