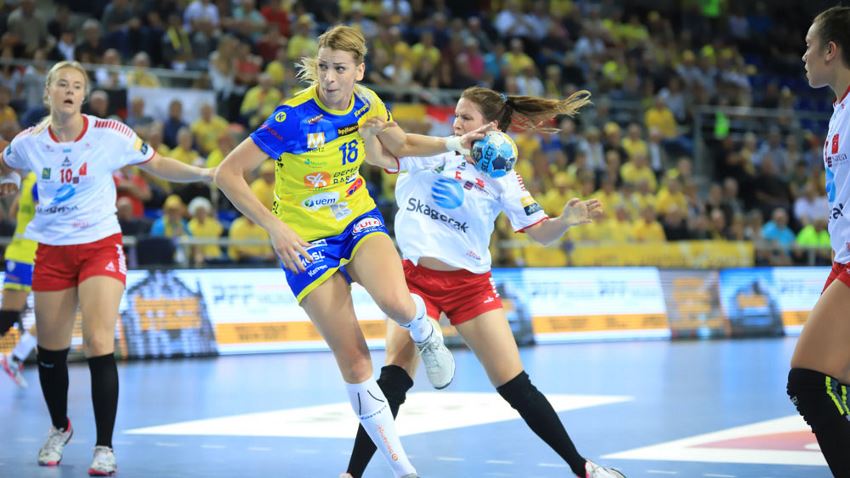 In their third Women's EHF Champions League meeting with Larvik HK, Metz Handball managed to take their first win against the Norwegian side, easing away to a substantial victory.

As the Women's EHF Champions League got underway Metz had playmaker Grace Zaadi Deuna back from injury, but left wing Manon Houette had not recovered from the shoulder injury she sustained in the national team at the Golden League in Denmark last weekend.

This turned out to be no major handicap to Metz. Their other left wing Marion Maubon scored six goals from six attempts, which made her the team's highest-scoring player.

Larvik gave away three goals early on and were never able to get closer to their opponents. From 8:7, Metz ran off to 13:7 and 17:8, and the home team even got 15 goals up at 29:14, before their concentration dropped a bit.

At the same time, Metz coach Emmanuel Mayonnade gave court time to some of his substitutes. That enabled Larvik to regain a little ground, but the match was already won and the visitors' goals were only cosmetic to the final result.