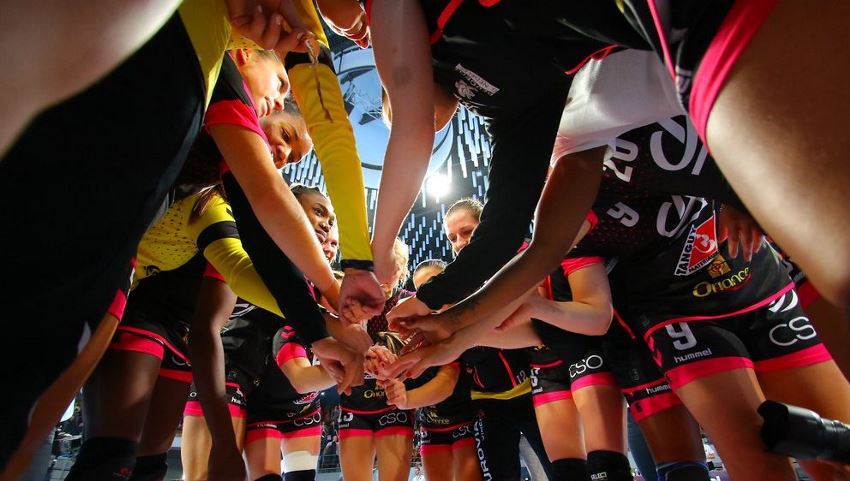 What began as a surprise start is now definitely gathering momentum, as Brest are proving to be a superb side this season. The French team earned their fifth win of the season, 32:28, against Buducnost, and have scored at least 30 goals in each match this season.

Everything is still in play for third place in the group, after Bietigheim won against Valcea, 31:28. The German side are still in the hunt for a Main Round berth, having to better Valcea in the final round.

Both teams were already through, but the game was still of the utmost importance, with the points won on Sunday being taken into the Main Round. It was a question of whether Buducnost could stop Brest’s superb attack or whether they could keep their rhythm; the answer was a little bit of both.

With Jovanka Radicevic in superb scoring form for the fourth game in a row, the Montenegrin side managed to take the game to the French team, despite Brest taking a 10:8 lead after 16 minutes.

A five-minute stint that saw the guests go on a superb 4:0 run turned the game on its head, with Radicevic and Barbara Lazovic running the show on the right side of Buducnost’s attack.

Dragan Adzic’s side had a 16:15 lead at the break, but a 2:0 run from Brest to change the tide once again, with the French side having 11 different players on the scoresheet. It was the pivotal moment of the game, when Buducnost failed to muster another comeback.

Slovenian right back Ana Gros got her shooting form back in the second half, scoring for fun, as Brest opened a 30:24 gap that proved to be decisive.

With Djurdjina Jaukovic out due to a red card, Buducnost did not find their groove again, and were handed their second loss of the season, 32:28. Brest will take at least six points into the Main Round, as they are still on a five-game winning run, while Buducnost will have at least two points.

Brest head coach Laurent Bezeau put the win down to the freedom his players show on court, "There is a relationship between the players and the staff, unity and trust. The players feel liberated and dare to try things. Today, we were able to take advantage of some mistakes from Buducnost and one of the important points was our ability to take shots from far."

Dragan Adzic was complimentary of his side's opponents, "Brest has been at their usual level, that is, very good. My team has shown that they cannot compete with a team like that, and that's reflected in the number of goals we have conceded in both games. 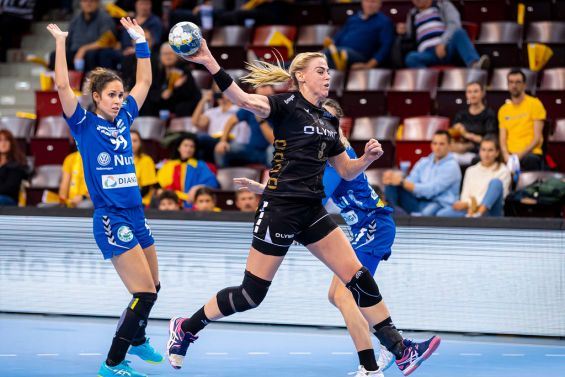 Preventing a loss would have seen Valcea through to the Main Round phase, despite the Romanian champions being on a three-game losing streak.

This was Bietigheim’s only chance to stay alive in the competition and they acted on it, as Valcea’s defence failed to contain the German attack. A 6:3 run to start the game gave Bietigheim the edge, but an Asma Elghaoui-inspired run turned the game on its head, as a 5:0 run from Valcea had the Romanian side take back the lead, 8:6.

It was 14:13 at the break, with Valcea poised to break the losing streak they were riding. However, a focused Bietigheim side, playing for their lives, gave their all. The Dutch trio of Laura van der Heijden, Maura Visser and Angela Malestein combined for 17 goals to get back Bietigheim back in the game.

The German side got their defence in shape and turned the game on its head. With a 63 per cent shot efficiency, Bietigheim jumped ahead and never looked back, taking a 31:28 win that helps them keep their hopes of qualification alive.