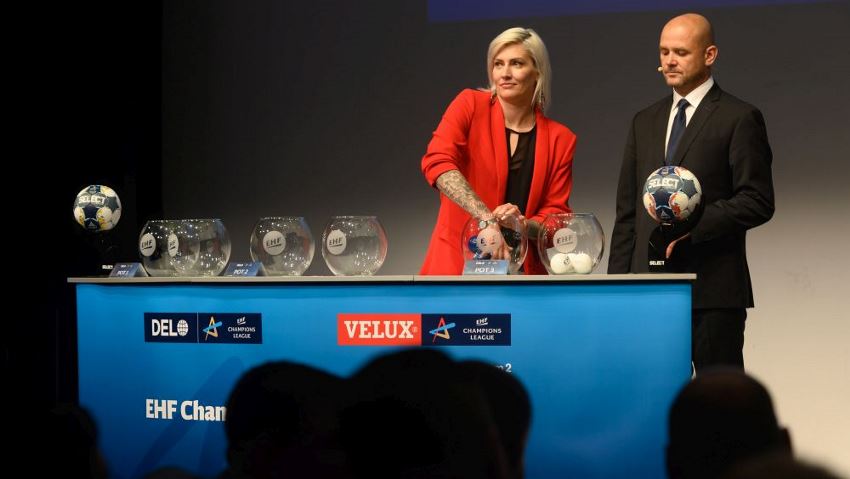 In the 2019/20 season, Györi Audi ETO KC will start their mission to win the DELO WOMEN'S EHF Champions League for the fourth time in a row in Group D with RK Krim Mercator, IK Sävehof and the victor of the qualification tournament.

All four groups for the group matches were determined on Thursday at the Erste Campus in Vienna, as the competition's ambassador and three-time winner Anja Althaus conducted the draw together with EHF Secretary General Martin Hausleitner.

Russian side Rostov-Don, the runners-up last season, will play in Group B together with the Danish champions Team Esbjerg, Sweden's IK Sävehof, MKS Perla Lublin and the 2016 winners CSM Bucuresti.

"I think it’s good that we meet Krim, who are always an opponent of ours, either in the group or in the main round. Then we have Savehöf – it was a long time ago, I think four or five years ago that we last played them. They are the Swedish champions with a lot of Swedish talents are an interesting team. The qualification tournament winner team, which are a new team in the competition – I think it will be a great celebration of handball when we visit this team," said Györ's Tomas Szabo.

The first round is scheduled for 4-6 October and will be preceded by one qualification tournament (6-8 September), the winner of which will join the 15 teams in the group matches.

The 2019/20 season is the last to be played in four groups of four teams. From the following season, the playing system will be changed to two groups of eight teams.