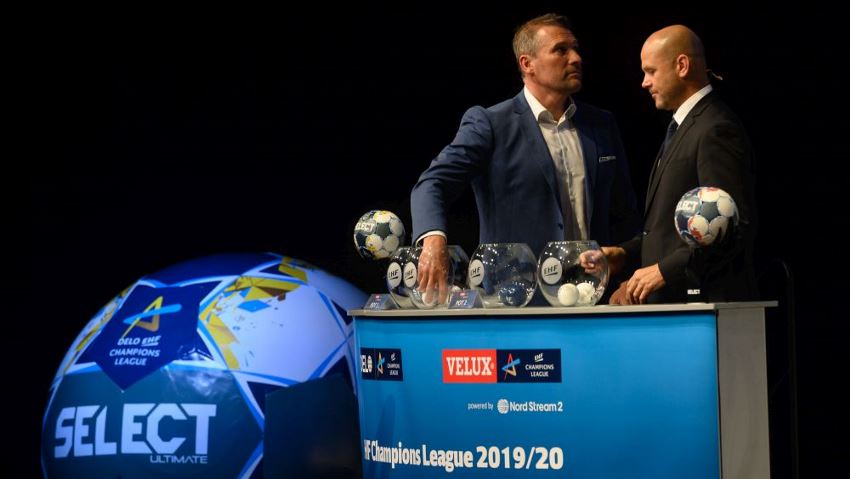 The finalists of the previous season were pitted against each other in Group B of the VELUX EHF Champions League, together with 2016 winners PGE Kielce, HC Meshkov Brest, HC Motor Zaporozhye, 2018 champions Montpellier HB, FC Porto Sofarma and three-time winners THW Kiel.

All four groups for the group phase were determined on Thursday at the Erste Campus in Vienna, as the first VELUX EHF FINAL4 ambassador and former Champions League winner Stefan Lövgren conducted the draw together with EHF Secretary General Martin Hausleitner.

"This is a very good group. We won’t underestimate our opponents. We are going to have good matches this season," said Vardar's Davor Stojanovski. "We believe in our team. We are going to fight for each point, each game. Each game is very important for us."

The only newcomers in the next season, Eurofarm Rabotnik, will start in Group C together with IK Sävehof, Tatran Presov, Cocks, Sporting CP and Bidasoa Irun, who are returning to the top European flight exactly 25 years after they won the Champions League title in 1995.

The first round is scheduled for 11-15 September 2019, and the playing order will be announced in due time.