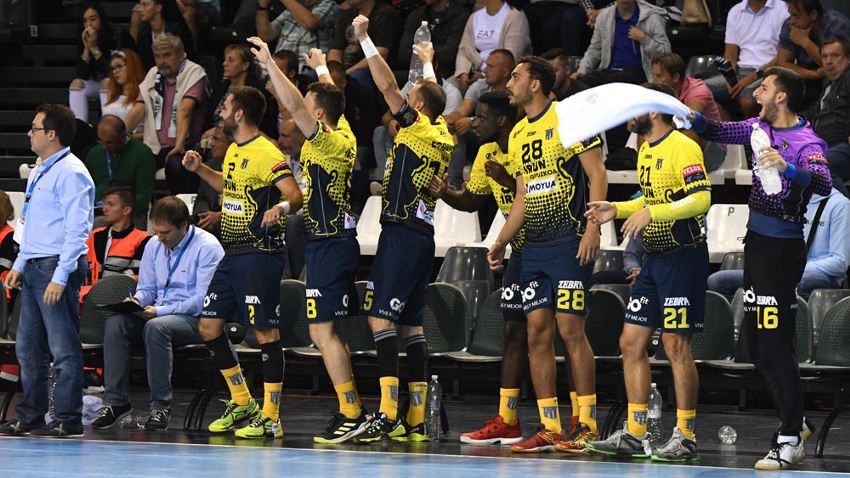 Bidasoa celebrate return with away victory

It was a perfect return to the VELUX EHF Champions League for Bidasoa Irun on Saturday as they secured a 25:23 win away to Tatran Presov in group C.

Despite a 23-year absence from the top flight of European handball, they looked comfortable throughout the tight clash against their more experienced hosts.

Having missed out on progression from the group phase by the narrowest of margins last season, Presov came into their opening match knowing they needed a strong start at home.

However, they were unable to open up an early lead as the sides traded the lead throughout the first half and it was Bidasoa who managed to take a two-goal advantage on a couple of occasions.

With Nino Grzentic banging in the goals from back court for Presov and the guests relying a bit more on breakthroughs and wing goals, both sides had little trouble finding the back of the net with their varying styles and the scores were level, 13:13 at the break.

Having come through the first half unscathed, Bidasoa could smell blood and were visibly more confident at the beginning of the second half. They went on a 6:1 run to go 21:16 ahead, the first significant lead of the match.

Presov have been through situations like this before, however, and were not going to go down without a fight.

After slowly working their way back into contention, a quickfire double from Lukas Urban and Martin Stranovsky brought the hosts back within a single goal with three minutes left.

Despite the obvious pressure, the Spanish club maintained their calm and Jon Azuke’s goal in the final minute put the result beyond doubt as Bidasoa celebrated their first victory of the campaign and two very important points earned away from home.

Presov's coach Slavko Goluza said the hosts were aware how good Bidasoa could be.

"Unfortunately we did not play the full match with our heads but with too much heart and resulting mistakes," he said. "In the second half we failed to play as we trained and once Bidasoa went ahead, it was difficult to come back."

Watch how @cdbidasoairun sealed their opening #veluxehfcl win after 23 years away from the competition - and how they celebrated! #ehfcl

A post shared by EHF Champions League (@ehfcl) on