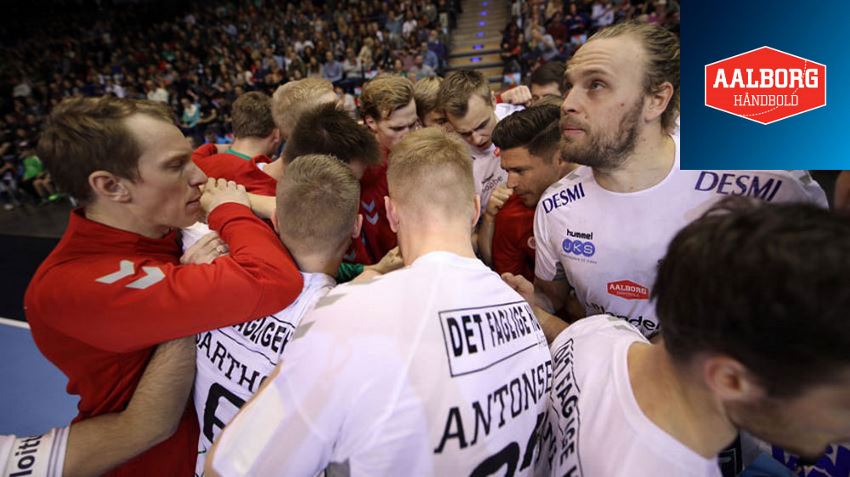 Aalborg Handbold have made it to the knockout stage of the VELUX EHF Champions League twice before – and this is the main objective for the Danish champions in their fourth Champions League campaign.

But after winning the Danish championship in a close final series with GOG last season, Aalborg have their minds set on the knockout phase again.

- What will the return of former Danish international Mads Christiansen mean for the team?

Christiansen is definitely a reinforcement in the right back position, especially as long as Icelandic talent Omar Ingi Magnusson is sidelined with the aftermaths of a concussion. Apart from his brilliant left-hand shot, Christiansen brings plenty of international experience as well as Bundesliga experience with him from SC Magdeburg, and having played in Aalborg before, he already knows the club well.

- Does the team appear stronger or weaker than when they won the Danish championship last season?

Aalborg are haunted by injury right now. Backcourt players Magnusson and Andreas Holst as well as left wing Buster Juul and line player Knud Ronau have all been injured for a shorter or longer period of time. Once they are all fit again, the team obviously appears stronger. The signings of Mads Christiansen as well as line player Benjamin Jakobsen are also obvious reinforcements.

- Can Aalborg make it beyond the Last 16?

It depends a lot on how fast they get their injured players fit, but at least, the chance to reach the Last 16 should be good. Aalborg should be favourites in the Scandinavian derby against Elverum Handbold, while the matches against RK Celje Pivovarna Lasko and HC PPD Zagreb will probably be equal. What will happen after that depends on their possible Group B opponents, but captain René Antonsen puts faith in his team’s experience.

“We have a great desire to show off our best and take the next step in this year’s Champions League,” he says. “Last time, we were close in many matches and played many great away games, but we lacked a little experience to make the big results. Now, we have tried it a number of times, and I feel we are stronger this year.”

At the age of 34, the versatile backcourt player and fantastic defender Henrik Møllgaard is still a huge asset to Aalborg. In addition to his indisputable skills and uncompromising attitude, Møllgaard provides his team with plenty of international experience from his time in Paris Saint-Germain Handball as well from the Danish national team. Especially in times of trouble, he is the leader who can pick his team up again.

Aalborg have respect for all opponents in their group but fear no one.

“We have joined an exciting and difficult group, where we meet world class opponents,” says club director Jan Larsen. “With the history of, for example Barça and PSG, they are considered favourites, but we have great confidence that we can surprise and have the opportunity to take points against all teams.”

Three players in the current Aalborg team are in their second stint at the club. Henrik Møllgaard first played in Aalborg from 2009 to 2012; Mads Christiansen had his first spell in the club from 2008 to 2011; and René Antonsen played in Aalborg until 2013 before spending two years with league rivals Ribe Esbjerg HH.

When Aalborg play their third last group match this season, at home against RK Celje Pivovarna Lasko, it will their 50th Champions League match in history.