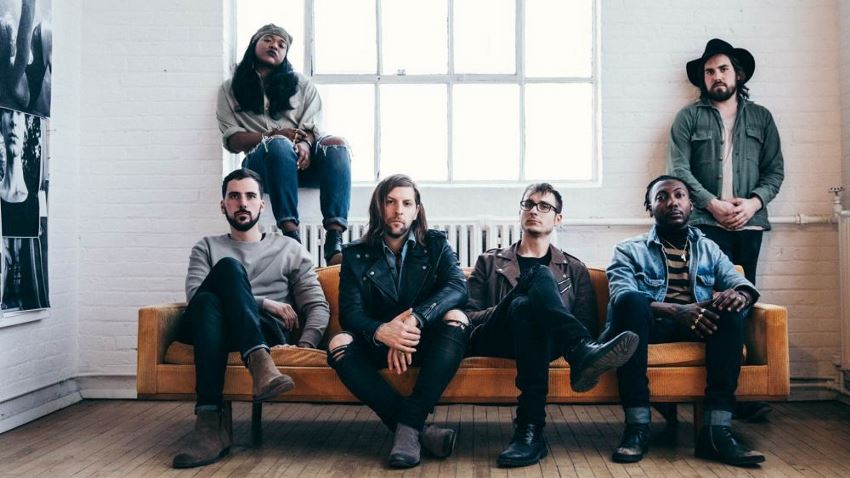 The US band Welshly Arms has been revealed as the top music act to perform at this year’s season finale, the VELUX EHF FINAL4 in Cologne on 26/27 May 2018.

Initially igniting Germany after its independent release, the song quickly spread like wildfire across countless influential Spotify playlists. To date, ‘Legendary’ has accrued more than 45 million Spotify streams and over 1.5 million Shazams.

Welshly Arms is the latest in a series of top-name music acts to have performed at the VELUX EHF FINAL4.

In 2017 the former Spice Girl, Melanie C, entertained 20,000 handball fans in Cololgne’s LANXESS arena and the rock band Europe also performed their hit ‘The Final Countdown’ at a previous event.

In Cologne, the band will perform their hit ‘Legendary’ as well as their new single ‘Sanctuary’ on the final day of the event, Sunday, 27 May just before the release of their new album ‘No Place Is Home’ on 8 June.

They will also keep with FINAL4 tradition and sing their own version of ‘We Are The Champions’ as the VELUX EHF Champions League 2017/18 winners lift that all-important trophy.

Speaking about the announcement, the EHF Marketing GmbH, Managing Director, David Szlezak, said: “The VELUX EHF FINAL4 is just as much about big-name entertainment as it is about top-class handball and we’re extremely pleased to welcome this hugely popular band from the States. Their performance ahead of the final will provide a real high-point at this year’s event and is yet more proof that the FINAL4 is the benchmark event of European indoor sports.”

A spokesperson for Welshly Arms said: “We have a huge following across Europe thanks to the success of our single ‘Legendary’ and we’re expecting a great response to our appearance at the VELUX EHF FINAL4. We’re huge sports fans and are really looking forward to experiencing the incredible atmosphere in Cologne.”

Tickets for the fans of the four participating teams will be released at the beginning of May 2018; fans of Welshly Arms who want to secure a ticket for the event can sign up to a waiting list and will be informed if any additional tickets are to go on sale ahead of the event.