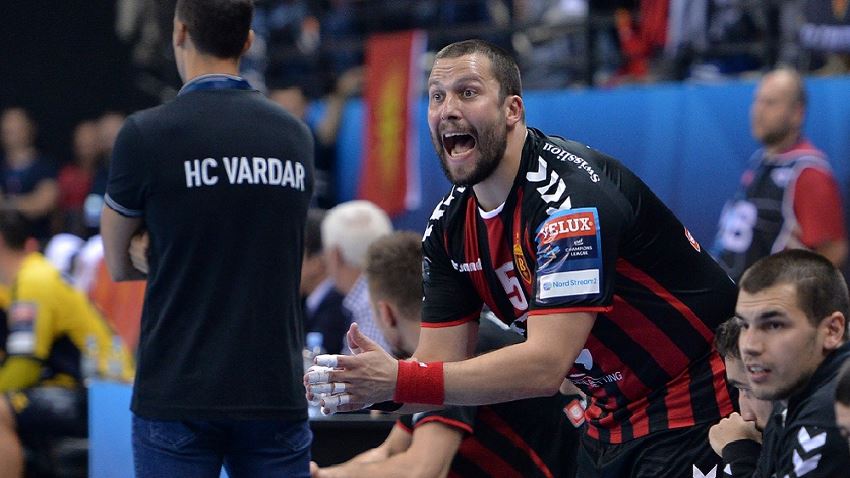 The social side of handball: What happened last week

Round 4 saw another action-packed week in the VELUX EHF Champions League, with beautiful goals, surprises and great handball. The Women’s EHF Champions League threw off last week with the highest number of goals scored in the first round in the past 10 years.

ehfCL.com takes a look at the past week via the social media lens, where everything can be seen by the true fans.

Vardar’s fair play brings good karma for the Macedonian side

Two weeks ago, the Macedonian side sealed Ljubomir Vranjes’ fate as Veszprém coach after a surprising away win, 27:25. While Vardar may have shown grit, as they were seriously tested by Veszprém, they also showed great sportsmanship after the game. Coach Roberto Garcia Parrondo’s side cleaned their locker room before their departure and left a “thank you” note in Hungarian on one massage table.

If you believe in karma, then you surely think the kind deed helped Vardar against Löwen on Saturday. The undefeated Macedonian side were tested by the German team once again, but came out unscathed, earning their fourth win in a row, 29:27. Talk about good vibes…

Drive carefully and receive a ticket for the big game

In a partnership with local police designed to boost traffic awareness, Stojanche Stoilov and Dainis Kristopans were policemen for a day in Skopje. With more and more cars on the road throughout Europe, prevention is important and all drivers that respected the rules received a ticket for the game against Löwen. However, those who were not wearing a seatbelt were warned and missed out on the offer.


Slo-mo for CSM? Only for a goal

The Women’s EHF Champions League Group Matches threw off with a beautiful 36:31 win for CSM Bucuresti. The Romanian side’s offence fired on all cylinders, with Cristina Neagu scoring nine times and Majda Mehmedovic adding eight goals. There was no hint of surrender or slowing down the game for the hosts – apart from in this video captured by CSM’s social media team, depicting a flawless fast break finished by Amanda Kurtovic.

PSG are not only one of the last three teams with a flawless record after the first four rounds of the VELUX EHF Champions League 2018/19, but one of the masters of using social media and engaging with their fans. Their use of GIFs has been heavily documented in these columns in the past weeks, but this edited video also brings the goodies to the table. Watching Mikkel Hansen, Luc Abalo, the Karabatic brothers and Nedim Remili in a WWE-style situation can make anybody laugh.

Lionel Messi, Xavi and Andres Iniesta are some of the biggest football stars to have graduated from Barcelona’s state-of-the-art academy, La Masia. The young football players currently in Barça’s academy had the chance to meet with the Spanish handball champions in a meet-and-greet session before the win against Montpellier on Saturday.

Handball in Scandinavia is usually a show and this is what Kobenhavn Handbold put on for their fans before their maiden game of the season against Brest Bretagne Handball. Several lucky supporters were able to compete for prizes by putting in some work on the medical bikes. They were even happier after the game, as the Danish side earned a 32:28 win.

Mikael Appelgren is one of the best goalkeepers in Europe right now, forming an exciting duo with fellow Swede Andreas Palicka between Rhein-Neckar Löwen’s goalposts. The German side shared a sneak peek from one of Appelgren’s training sessions, featuring a tennis ball and some difficult movements.

Simen Holand Pettersen scored one of the most important goals in Elverum’s VELUX EHF Champions League history, helping the Norwegian side take a win in Thun, but it was once again Sporting’s Carlos Ruesga who had the most beautiful goal of the weekend in Europe’s premium competition. His technique and power from impossible angles are hard to match, and earned the Portuguese side another win – their third in four games of the season.

Another moment of brilliance from @CRuesga11's box of tricks leads the Top 5 Goals from #veluxehfcl Round 4. Magic from the @Sporting_CP star ✨ pic.twitter.com/0JOOi3Qxk3